So, last Wednesday, I saw Wangechi Mutu's first major museum survey at Brooklyn Museum, originally organized by Trevor Schoonmaker of Nasher Art Museum at Duke University (we need more curators like Trevor, by the way). The show, Wangechi Mutu: A Fantastic Journey brings together some of her best known two-dimensional works, along with new sculptural installations, and her first animation work, The End of Eating Everything (2013), which she created in collaboration with the singer and producer Santigold. I found the cabinet of collages from Wangechi's sketchbooks the most intriguing work in the exhibition; and I am sure to return to them in the near future. In any case, this exhibition reminds you of the intensity of Wangechi's fertile, proliferating imagination, and her ability to tame the monumental scale with pictorial details that can border on the delirious. Standing before these gigantic, terrifyingly sassy and sexy, sutured women dominating her mixed media works, you can not help but be in thrall of her simultaneously powerful, titillating, dark, and teasing vision of the postcolonial condition. 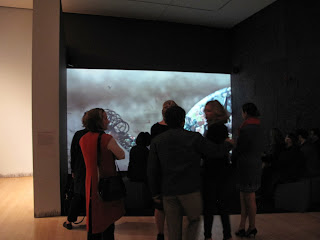 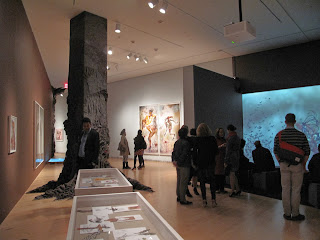 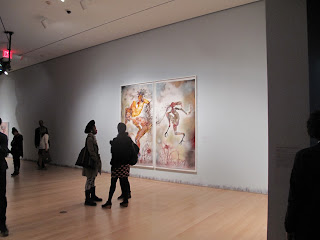 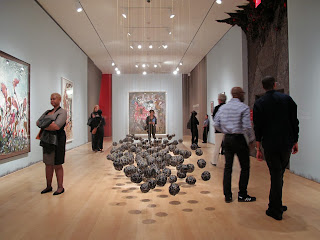 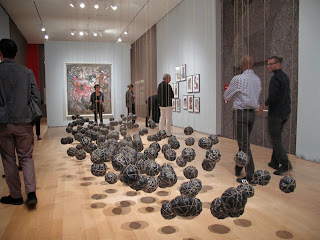 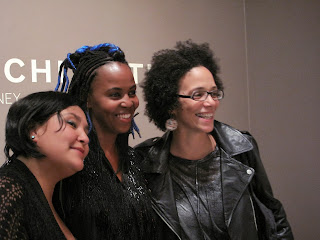 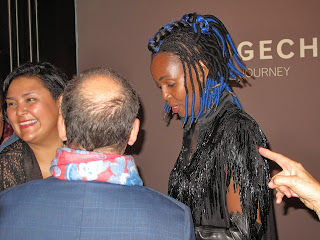 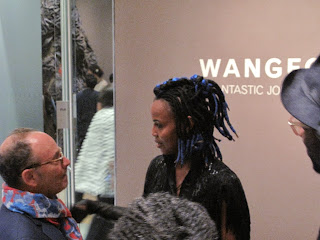