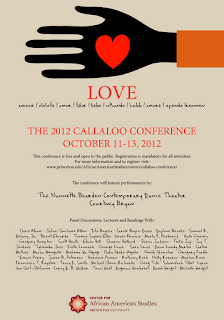 Posted by Chika Okeke-Agulu at 12:57 PM No comments:

Rise and Fall of Apartheid: Photography and the Bureaucracy of Everyday Life opens at International Center for Photography (ICP), NY

Okwui Enwezor (the director of the just-concluded La Triennale, Paris, whose day Job is director, Haus der Kunst, Munich) has organized a landmark exhibition on the history, memory and legacies of Apartheid in South African. This exhibition, which features about 550 objects/images/films by nearly 70 photographers, artists and filmmakers will, as has rarely happened before, occupy the entire museum. So, this is a big exhibition; which is not surprising, given how so much apartheid occupied the world's imagination and shaped a country for half a century. Moreover, I expect it to be another signature exhibition by Enwezor who has a penchant for spectacular, complex and rigorously conceived shows. I will be posting photos from the opening of the exhibition, plus an interview with Okwui in the coming days. So stay tuned.

My tribute to Amal Kenawy on The Huffington Post

To read my tribute to Amal Kenawy on The Huffington Post, please click HERE
Posted by Chika Okeke-Agulu at 3:07 PM No comments: