The Law Against Black Men

This event is open to the public.

Posted by Chika Okeke-Agulu at 2:42 PM No comments:

This is a great opportunity for young scholars working in the field of African and African Diaspora studies: 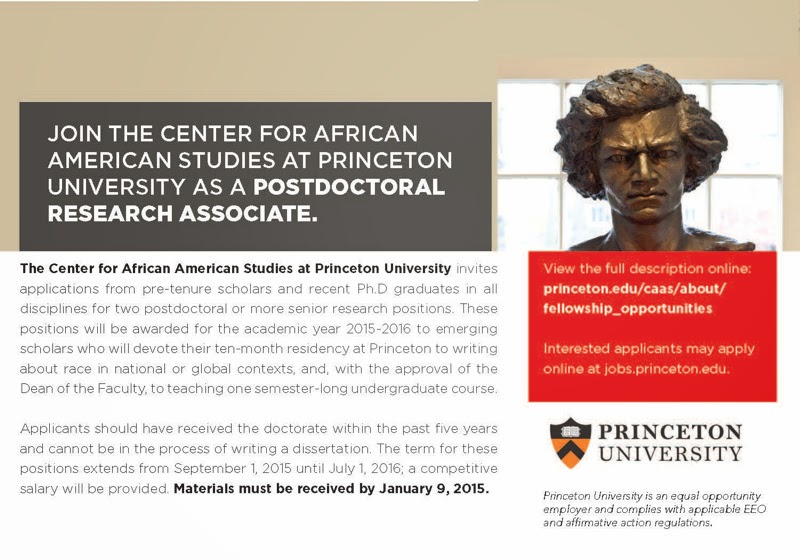 Posted by Chika Okeke-Agulu at 10:13 AM No comments:

Posted by Chika Okeke-Agulu at 3:20 PM No comments: 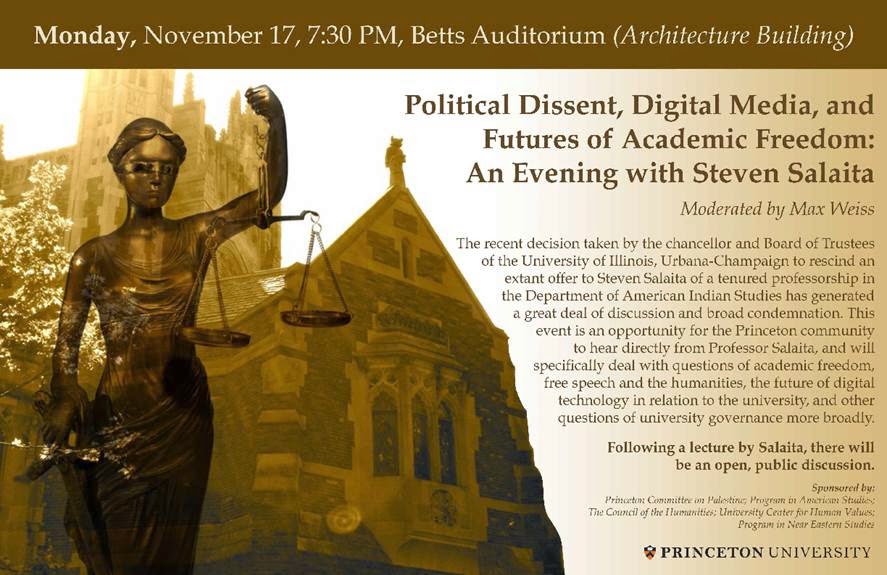 Posted by Chika Okeke-Agulu at 9:37 AM No comments:

David Krut Projects is pleased to present Twist and Turns, Nnenna Okore’s second solo exhibition at the gallery. The title of the exhibition draws attention to the sense of dynamism and movement in this selection of Okore’s most recent sculptures - continuing her exploration of material through a laborious hands-on creative process gleaned from the traditions of West African art making.
Raised in Nigeria, Okore’s affinity for tactile and gristly elements from the semi-urban environs of Nsukka in south-eastern Nigeria, have inspired a body of works that broadly focus on transformation and regeneration of mundane ecological and man-made objects. Through visual subtleties, she is able to present the fluid and delicate attributes of the physical world, triggered by aging, death and decay. She embraces biodegradable materials laced with memories and histories of her past; and submits to the use of several organic forms delicately articulated in an interwoven manner to reflect the quintessence and mystery of life cycles. The familiar yet abstract sculptural forms rely heavily on materials including newspapers, cloth, plaster and hessian, which were acquired mostly in her Fulbright year abroad. These materials metaphorically reference social, historical and environmental interconnectedness of our collective experiences as mortals.
By default, Okore responds to the movement and malleability of her mediums and processes, allowing them to lead her. Her drawn-out processes of threading, fraying, tearing, teasing, twisting, rolling, layering and dying are derivative of domestic Nigerian tasks that she mastered while living in the country. Through her work, she reveals impermanent earthy attributes of organic and twisted forms. Her intuitive approach to process begets intricate and unhindered layers of the process and materials. The undulated nature of Okore’s work further accentuates the extraordinary panoramic dance between the art and the gallery’s unique ambience. The result is an intriguing display of spellbinding ethereal forms.

Nnenna Okore is an Associate Professor of Art at North Park University, Chicago, where she teaches Sculpture. She has received numerous international awards and been exhibited in many prestigious venues, including October Gallery, London; Museum of Art and Design, New York; Sao Paulo Biennale, Brazil; and Art Twenty One, Nigeria. She received the prestigious Fulbright Scholar Award in 2012, which resulted in a year-long project in Nigeria. Her works and interview were recently featured in the July/August 2013 issue of Sculpture Magazine.

For more information please contact miranda@davidkrut.com or meghan@davidkrut.com
Posted by Chika Okeke-Agulu at 1:19 PM No comments:

This event is open to the public

Details for the events above are also available at Princeton.edu/CAAS
Questions? Reach the main office of the Center for African American Studies at (609) 258-4270. You may tweet questions to @PrincetonCAAS.
Posted by Chika Okeke-Agulu at 3:47 PM No comments:

Please come if you are in the area, to my talk this Thursday:

Title: "Yinka Shonibare and the Other Victorians"
Date/Time: November 6, 2014 - 6:00pm - 8:00pm
Location: Columbia Faculty House, Columbia University, New York
64 Morningside Drive • New York, New York 10027
Synopsis:
In this reading of the work of the Nigerian-British artist Yinka Shonibare—known for his “Victorian” figures dressed in “African print” fabrics—I suggest that his colorful paintings, sculptures and installations provide us a postcolonial view of the present and the past in which the self and its other are uncomfortably and perpetually imbricated. Ostensibly developed in response to Thatcherite anti-immigrant policies of the 1980s Britain, his work is often seen as a critique of Victorian, colonial England and post-imperial Europe. I propose that Shonibare’s Victorian imagery equally allows him to dispute prevailing ideas about black diasporic subjectivity in postcolonial Britain by identifying with his own aristocratic heritage that goes back to 19th-century, Victorian Lagos. By figuring the “other Victorians” Shonibare troubles what might seem like settled history. His work is thus a confounding critical meditation on the meaning of selfhood and otherness, as well as a simultaneous embrace and confrontation of the paradoxes of Britain’s and Africa’s colonial and postcolonial condition. Like the utterances and acts of Esu, the Yoruba trickster deity and great dissembler, Shonibare’s work suspends certainty, revels in the art of the doublespeak, and testifies to the complex, fraught trajectories and dimensions of history, culture and artistic identity.
* The University Seminar on Contemporary Africa organized by Professors Hlonipha Mokoena and Abosede George.
Posted by Chika Okeke-Agulu at 9:50 AM No comments:

Job Title
Assistant Professor
Department
Art and Archaeology - 20100African American Studies - 22100
Position Summary
Historian of African-American Art. Joint appointment in The Center for African-American Studies and the Department of Art and Archaeology, Princeton University. Assistant Professor, Tenure Track. Ph. D. and teaching experience are expected; publication record is an advantage. Apply online at: http://www.princeton.edu/jobs with cover letter, CV, three letters of recommendation, and one article or chapter-length sample of scholarly writing. For the fullest consideration apply by December 15, 2015. Initial interviews will be conducted at the College Art Association meeting in New York, February 11-14, 2015. Princeton University is an equal opportunity employer and all qualified applicants will receive consideration for employment without regard to race, color, religion, sex, national origin, disability status, protected veteran status, or any other characteristic protected by law. This position is subject to the University's background check policy.
Essential Qualifications
PhD required by start date.
Preferred Qualifications
Teaching experience are expected; publication record is an advantage.
Directory Title
Assistant professor of African-American Art History
Job Function
Regular Faculty
Education Required
Doctorate Degree
Application Deadline
12-15-2014
Instructions for Applying
Complete the online application and click "Apply to this Posting" at the top of the posting details page.
Documents which can be associated with this posting
Resume/CVCover LetterWriting Sample
Posted by Chika Okeke-Agulu at 8:32 AM No comments:


Please join us at a lecture by Wyatt MacGaffey: "Art of Power, Power of Art"


* In conjunction with the Princeton University Art Museum exhibition Kongo across the Waters, Wyatt MacGaffey, J. R. Coleman Professor Emeritus of Social Anthropology at Haverford College, will speak about the Kongolese power objects known as minkisi. A reception in the Art Museum will follow.
Posted by Chika Okeke-Agulu at 4:43 PM No comments: