Who Knows Tomorrow - the Projects 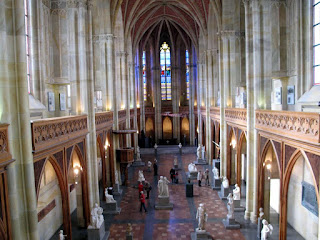 Interior of Friedrichwerdersche Church, with Shonibare's installations toward the altar and in the choir 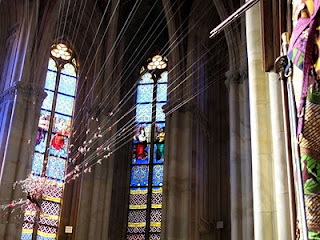 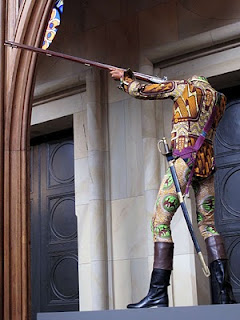 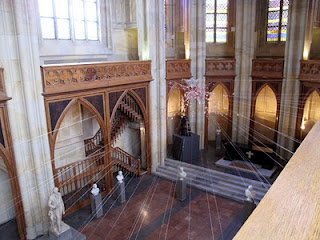 The pheasant; the radiating strings take on the aspect of sacred rays 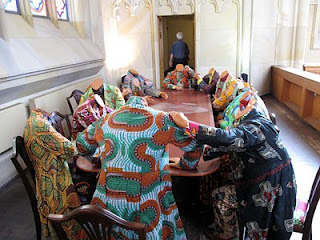 Yinka Shonibare installation, The Scramble for Africa in the Church Museum choir. It looks like Africa is being served for supper 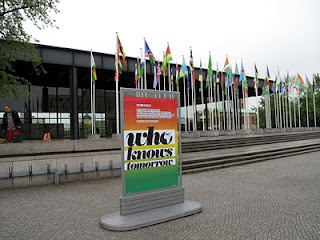 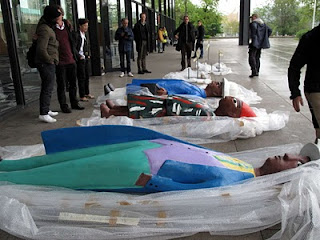 The Colon figures before installation 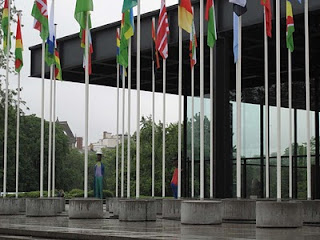 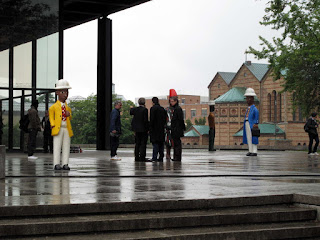 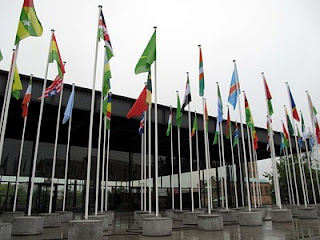 El Anatsui at the Alte Nationalgalerie, Berlin. Installation in progress. 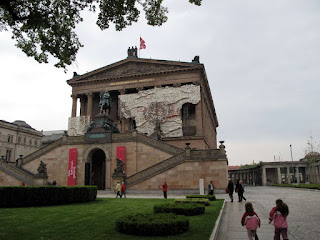 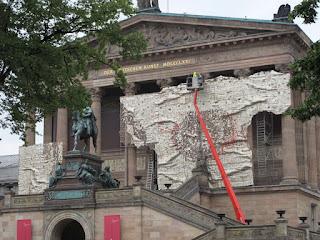 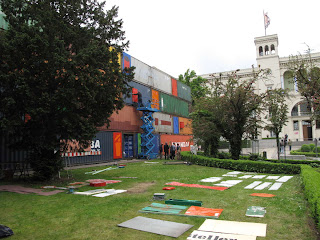 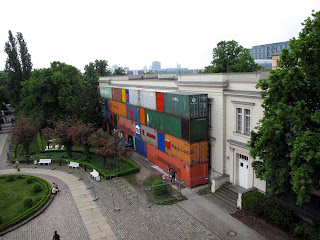 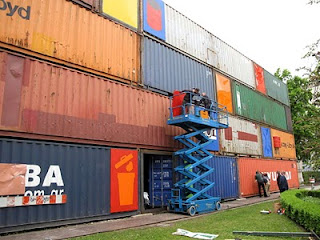 Posted by Chika Okeke-Agulu at 5:20 AM No comments:

This has been a terrible week. If it was night it would be the darkest in this spring of harvests; harvests of some of the finest minds to come out of the University of Nigeria, Nsukka.

Nsukka, located in a valley formed by seven grassy hills in Eastern Nigeria is where I became an artist, and with Nsukka, I have a long story of love and pain. It is there that I met Ossie Enekwe, the poet, scholar and literary critic who chaired the Drama program, and Esiaba Irobi whose blood burned with thespian fire. Both died this week. And Omabe, the resplendent cousin of the sun and the brother of the leopard who descended annually from the hills of Nsukka, must be mourning tonight. And so am I, unworthy mortal, aged overnight by grief.

The Harmattan came in the 1990s and blew that Nsukka asunder, and we scattered to the four winds, clutching memory pictures of a time when Ana, the goddess of creativity, gathered around her countless children. Now, far away from Nsukka's tropical evening, I hear Enekwe's calm voice as he strums his guitar--Ossie Melody he was called. I hear Esiaba exclaim:

* (from the poem "Mabera" by Esiaba Irobi)

And my grip tightens on a clump of dust.

Bisi Silva, the Nigerian curator who has brought much needed life to the somnolent Lagos art scene will be at the Newark Museum this Friday. She will be speaking about her work at the Centre for Contemporary Art, Lagos. She will also have a public conversation with my good friend and colleague, Christa Clarke who, for her part, has done a lot for (contemporary) African art there at the Newark Museum. It should be a worthwhile event, especially for anyone interested in the field of contemporary African art.