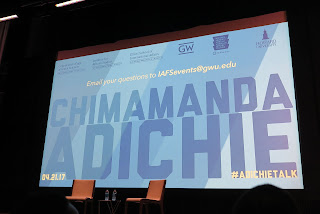 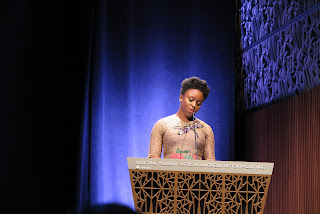 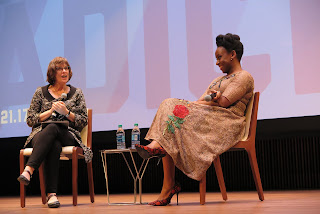 Posted by Chika Okeke-Agulu at 6:54 PM No comments:

Who Will Save Southern Kaduna people?

The Nigerian government and its agencies have formed a terrible habit of punishing anyone from Southern Kaduna and the Nigerian Middle Belt region who dares speak out about the unimaginable levels of terroristic violence levied on their communities by mostly Fulani cattle herders, and other shadowy armed groups with what might be territorial agenda. This has been going on for quite some time now; but it cannot go on, and the world must pay attention to this. The report on Sahara Reporters (see link below) is only the latest in this regime of oppression and suppression of free speech, and of the people's right to complain not to mention express outrage about the ordeal to which they have been subjected, often with little or no protection from state and national governments. This cannot go on. (I won't be surprised if someone in Nigeria reads this and decides that I have joined their perceived enemies of state. But please President Buhari, do something about this gradual and sustained regime of violence to which these people have been subjected by  marauding, fully-armed bands of so-called cattle herders).

There is no doubt that part of the problem is the expanding Sahara, that has desiccated areas of the Sahel that had previously sustained enough green vegetation on which nomadic herders in the region depend. But what is to be done? Can the government whose primary duty is to guarantee safety of all its citizens look the other way as the herders take their cattle southward, invading societies who depend on farming? It simply cannot. Nor could they, as now, be more invested in squelching any voice raised to call attention to the plight of communities ravaged by armed cattle herders.

It is time to take seriously the question of compelling the cattle herders to change their lifeways in accordance to the changing climate and population growth. Where in the past, land available for grazing seemed limitless, the nomadic lifestyle thus unproblematic, the changed and changing times calls for drastically curtailing the culture of herding cattle through the length and breadth of the land, Federal and State governments must, as a matter of extreme urgency, establish a concrete plan for settling cattle herding groups so they don't continue to invade communities to the south ostensibly in search of green pastures for their animals. Nigeria already has more than enough problems that militate against its survival as a nation; what is happening in Southern Kaduna and the Middle Belt region, and increasing even further south in Enugu and Anambra States, should worry anyone, especially those in government who are sworn to protecting all Nigerian citizens. And this cannot be resolved by harassment and detention of anyone who calls attention to the plight of victims of these armed cattle herders. As my people, the Igbo, say: "I gaghi eti nwata si ya ebekwana akwa" (You cannot beat a child and tell her not to cry).

‘An Insistence on Not Being Discouraged’ with Chika Okeke-Agulu

If you wish to learn a little bit about my story, about my life, art, politics, check out this new interview podcast with my fabulous colleague, Eddie S. Glaude, Jr., who is William S. Tod Professor of Religion and African American Studies, and Chair, Department of African American Studies, Princeton University. And oh, it is nearly an hour long. So, the question is this: Who has time to listen to this kind of stuff; this long story?!

If you do, then click here to listen:
Posted by Chika Okeke-Agulu at 8:49 AM No comments: