Photographic archives in African countries lying south of the Sahara have for some years been a focus of attention not only in international academic discussions but also for the global art market. At the same time, cultural collective visual memory in the period between the colonial era and the “postcolonial age” is increasingly being dealt with in artistic and curatorial practice. As the archives find their way into these different realms, the existing systems for organising and categorising them are not only being examined but in many cases energised too. This has given rise to new archives that conform to their own political and aesthetic parameters.
In light of these processes and perspectives, Crossing Archives will hold three panel discussions to address the photographic archives of various geopolitical areas in African countries south of the Sahara. Aside from discussions tackling the larger picture, there will be a specific thematic focus on the situation in Nigeria. This will be addressed in its own panel and complemented by presentations drawn from archival and conservatorial practice in state institutions and private initiatives. 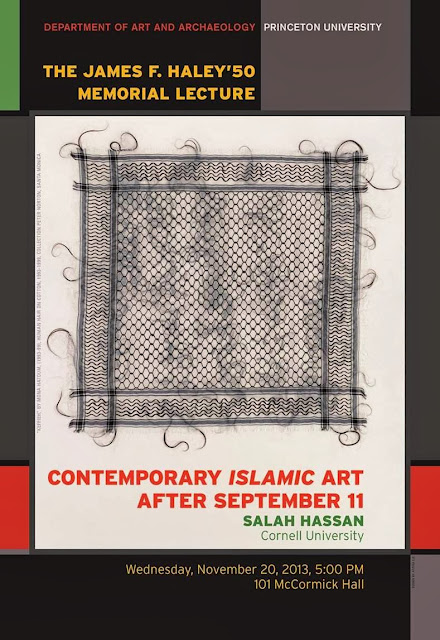 Posted by Chika Okeke-Agulu at 10:49 AM No comments:

To Okwuchukwu,
Who force-opened
Whitecountry doors
And set Harmattan
On Hegel's lips

I offer this toast
This glass of upwine
Posted by Chika Okeke-Agulu at 7:15 AM No comments:

African Art from MoMA to Newark and Brooklyn Museums

Phew! It has been two days of museum visits. Yesterday, my "Art, Apartheid and South Africa" seminar group went to the Museum of Modern Art, New York print study room (thanks to Collections Specialist Katherine Alcauskas, who was a grad student during my time at Williams College) to view their modern/contemporary South African works that were included in the Impressions from South Africa: 1965 to Now exhibition organized by Judith Hecker in 2011. From MoMA we went to my favorite museum, Newark Museum--which alas is going through a difficult time. I hope they find the right, dynamic and visionary director to turn things around and scrub the rust from what is really a gem of a museum. There we saw Sue Williamson's video work Better Lives, 2003--a pwerful commentary on black immigrant lives and experiences in post-Apartheid South Africa.


Then today, with my African Art class, I was back to New York, this time to the Brooklyn Museum's African gallery, and of course, to see Wangechi's show (again, for me!). Brooklyn's gallery of African art, which begins with sculptures and pottery from the upper Nile (Napata, Meroe), and Nok, but also Ife, Benin, Sapi-Portuguese and Tellem/Dogon, is always useful in speaking about the deep history of artistic traditions in Africa. Very few collections give that opportunity. From Brooklyn we of course went Newark to view their African gallery proper. There, the gallery is still--as with old or unfortunately standard permanent installations of African art--organized into thematic rubrics, with no sense of time, no gesture at African art's historicity. OK, yes, the Brooklyn returns to themes for everything in between that first section and the last where you find work by contemporary African artists (Shonibare, Odundo, Tshibumba, etc), but at least they tried to place datable objects within some kind of soft chronological order. Whatever, Newark still has some great stuff, like that Yoruba Man with Bicycle (which Kwame Anthony Appiah famously wrote about in his book In My Father's House) at the gallery entrance, and Sokari Douglas Camp's monumental Naked Gelede (1995).

At the end of the two days, I started seeing Art by African artists in my peripheral vision. How long will this last, doctor?

Posted by Chika Okeke-Agulu at 2:58 AM No comments:

This tribute by the poet Niyi Osundare for the Nigerian author, scholar and trade unionist, Festus Iyayi who died in a car accident involving a politician's convoy. Let me ask: how many Nigerian dead will it take to curb or ban these reckless convoys of corrupt politicians and criminals in power?

The Guardian review of Wangechi's show

Here is the link to The Guardian (London) review of Wangechi Mutu's Fantastic Journey at the Brooklyn Museum. To read click HERE
Posted by Chika Okeke-Agulu at 7:53 AM No comments:

Tervuren Museum closes, to re-open in 2017

The Tervuren Museum, that edifice to Belgian darkly imperial adventure in the Congo is set to close this month, and hopes to reemerge a better, less jaded institution in 2017. It will have a monumental task re-framing the murderous, mean enterprise King Leopold called his personal property, and which the Belgian government later ran in such a way that, as far as I know, sowed the seeds for the interminable tragedy that became the independent country of Congo after 1960. Which is why the ghost of Patrice Lumumba still haunts the marbled space inside that museum. How to look at the refurbished museum--and its amazing collection of stuff from central Africa--after 2017 and not feel totally oppressed and depressed by this history, is a job for which I do not envy the museum's officials and their consultants. But it can be done. We wait.

Here is a story about the planned refurbishment, published by ArtDaily.
Posted by Chika Okeke-Agulu at 5:42 AM No comments: