Tomorrow, May 29, Nigeria will celebrate something it calls "Democracy Day." Fair enough: after all Nigeria has had uninterrupted democratic government since 1999. The age of military dictatorships now seem like a long, long-a-go-nightmare. So, yes, let's have a "Democracy Day," and let the civil servants who spend much of their time idling in the office have one more official reason to not go to work. And of course our thieving politicians will have reason--not that they need one--to waste public funds on democracy galas.

But did not the governors of the 36 States of Nigeria, the President of the Republic, and his party the PDP ("Africa's Largest Political Party") get the memo about what constitutes appropriate and legal democratic practice? Should they not be spending time in the dog house for doing everything they could the make rubbish the very idea of democracy?

So last week the Nigerian Governors Forum (NGF), a major power player in the land had its election for the group's chairmanship, with the incumbent Rotimi Amechi and Jonah Jang, the candidate presented by the Presidents' party, as candidates. The initial result showed that Amechi--the President's great rival--retained his office with 19 votes, Jang with 16. But soon after, our elected governors announced the vote (of just 35 individuals) had been rigged in Amechi's favor! Mind you the election was conducted by the governors themselves. So the President's men formed an alternative NGF with Mr. Jang as the new "leader." The PDP quickly expelled Amechi from the party.

But here is the problem. There happens to exist this 8-min video of what actually took place at the venue of the election. Here is the question: if our governors could not be trusted to conduct and report the result of an election of only 35 individuals, how could a National Election Commission established by these same people be trusted to organize and credible nation-wide Presidential election in 2015?

Here is the video from Youtube.
Posted by Chika Okeke-Agulu at 11:42 PM No comments:

Marcia's ongoing Tease solo show at Susan Inglett (New York) is among the seven exhibitions selected from New York in the current "Critics' Picks" section of Artforum.com. Read the REVIEW by Ryan Steadman.
Posted by Chika Okeke-Agulu at 4:18 PM No comments:

ArtDaily newspaper on Simon Ottenberg's gift to the Newark Museum

The ArtDaily online newspaper published on Simon Ottenberg's recent gift to the the Newark Museum of modern and contemporary African art works. An exhibition of selected works from the collection, currently showing at the Museum, has been organized by associate curator Perrin Lathrop who, by the way, is coming to Princeton in the fall! To read, click here

Posted by Chika Okeke-Agulu at 1:56 PM No comments: 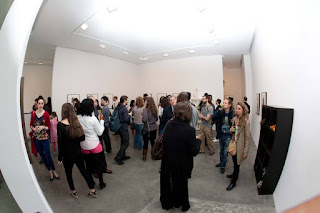 Marcia's opening last night at Susan Inglett art gallery in Chelsea, New York was, take my word for it, fabulous. Old and new friends came out to celebrate this exhibition in which Marcia showed sculptures for the very first time! I will let others comment on the exhibition itself, but here are some pictures from the opening: 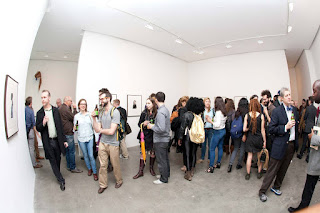 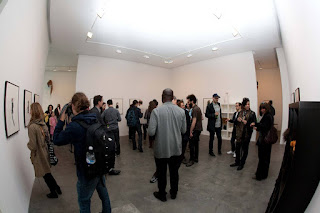 Adichie Reads from "Americanah" at Princeton, May 15

Posted by Chika Okeke-Agulu at 12:37 AM No comments:

Image of the Black in Western Art Symposium @ Yale

Yesterday, the poet Elizabeth Alexander and art historian Koben Mercer both of Yale University organized one of the most invigorating symposiums I ever attended. It went onall day, but the time seemed to have gone so quickly!
David Bindman of University of London and Harvard spoke about the influential Image of the Black in Western Art series several volumes of which he co-edited with Henry Louis Gates of Harvard. Then there were Jeremy Tanner of University College, London, who talked about representations of blackness in the ancient world (mostly Greek), Paul Kaplan of Purchase College, SUNY, on the same subject but focusing on early modern Europe, and Suzanne Blier of Harvard who examined the published sources of African art sculpture on which Picasso based some of his more evocative, early figural abstractions. For his part Kobena Mercer gave an expansive account of  "Black Atlantic practices since 1980"--an impressive survey of four modes of address adopted by black artists in Europe, the Americas and Africa. The concluding panel discussion--chaired by artist and retired Princeton professor of history Nell Painter--included a re-examination of the work and life of the black, proto-feminist sculptor Edmonia Lewis, by Jennifer Brody of Stanford; my talk on contemporary African and African Diaspora art in the age of globalization; and a paper on the syncretic Caribbean modernism by Yale's Erica James.
As if these were not enough, the erudite formal responses to the Tanner, Kaplan, Blier and Mercer lectures respectively by Yale's Emily Greenwood, Boston University's Allison Blakely, Katie Trumpener of Yale, and Columbia's Kellie Jones made the symposium a most memorable event.

Posted by Chika Okeke-Agulu at 4:32 PM No comments: