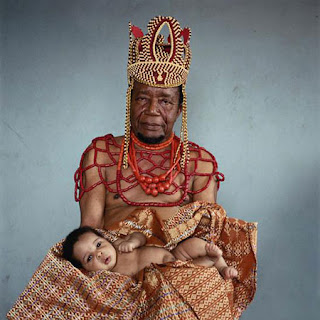 For some time now, there have been quite a bit of critical bellyaching by especially Nigerians angered by "Nollywood" the latest series of photographs by the South African artist, Pieter Hugo. I became aware of these knee-jerk criticisms in a Nigerian writers-artists listserve months ago, but the drama according to some reliable source reached bizarre levels, with a recent serious threat made by a Nigerian "academic" based in the US to one of the contributing essayists in Hugo's photobook, Nollywood. The largely misguided attacks, which often degenerate to calling Hugo a racist, and the Nigerian collaborators "unpatriotic" writers, have not stopped. This critique by Ikhide Ikheloa (whose writings I admire) in 234Next newspaper is the latest.