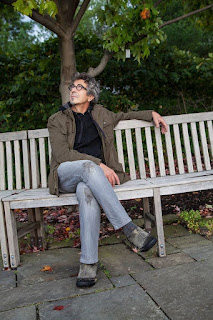 Posted by Chika Okeke-Agulu at 10:22 AM No comments:

Please join us for The 2016 Toni Morrison Lecture Series featuring the writer Wole Soyinka. Wole Soyinka has been described as ‘Nigeria’s national conscience.’ He is a professor, activist, playwright, critique and poet. His work often tells stories of democracy, government, religion, and tensions around tradition and progress. He is concerned with "the oppressive boot and the irrelevance of the colour of the foot that wears it." He was awarded the Nobel Prize in literature in 1986. Soyinka is the first African laureate.

The series of lectures Wole Soyinka will deliver next week is called Commencement Rites at the Tree of Creativity. The talks take place Monday, April 18th; Tuesday, April 19th; and Wednesday, April 20th all starting at 5:30 pm. These lectures are free and open to the public, in McCosh Hall, Room 10. No tickets are required.

April 18th at 5:30 p.m.
‘In Praise – and Dread – of Trees’
Introduction by Professor Chika Okeke-Agulu

April 19th at 5:30 p.m.
‘Sweet are the Uses of Diversity’
Introduction by Professor Simon Gikandi

April 20th at 5:30 p.m.
‘As It Was in the Beginning’
Introduction by Professor Wendy Laura Belcher

The Toni Morrison Lectures are sponsored by the Department of African American Studies and Princeton University Press. The lectures are held annually and spotlight the new and exciting work of scholars and writers who have risen to positions of prominence both in academe and in the broader world of letters.

The lectures are published in book form by Princeton University Press and celebrate the expansive literary imagination, intellectual adventurousness and political insightfulness that characterize the writing of Toni Morrison.

The talks will be streamed live each night: https://livestream.com/aas21/wolesoyinka and on the African American Studies website aas.princeton.edu/livestream.

Posted by Chika Okeke-Agulu at 2:51 PM No comments:

Three Lectures in Three Days, by Nigeria's Nobel Laureate and literary giant, Wole Soyinka. This should be a memorable event! 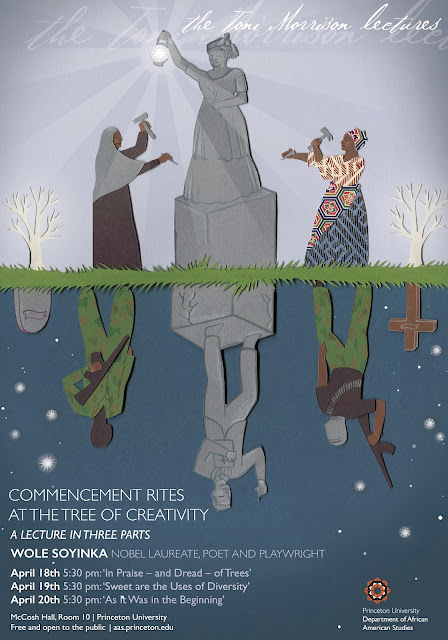 Posted by Chika Okeke-Agulu at 4:57 PM No comments: