Honors for Enwezor, Shonibare and Kentridge 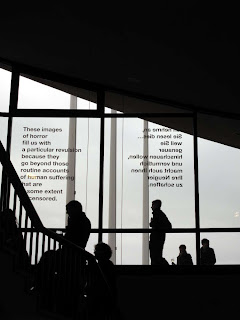 On July 2, the Royal College of Art, London will confer an honorary fellowship to my dear friend Okwui Enwezor; and honorary doctorates to Yinka Shonibare and William Kentridge. This is just to say congratulations to the three men who have done so much--in their different ways--to enrich our experience of contemporary art today. The RCA fellowship no doubt is an important acknowledgment of the significance of Enwezor work as a scholar, curator, critic and publisher in the world of contemporary. I wrote a blog last week on his most current project, the opening of his exhibition on June 12 at the Artur Walther Collection, in Ulm and the release of the companion photography book. Barely a week before, on June 6, he organized "Rules of Evidence: Text, Voice, Silence" for the First Berlin Documentary Forum at the House of World Cultures. A multimedia event that included a public conversation between Okwui Enwezor, Ecke Bonk, Tony Cokes, Walid Sadek, Juan Maidagan, and Dolores Zinny. The main event was readings by volunteers from W.G. Sebald, On the Natural History of Destruction; Antjie Krog, Country of my Skull; Philip Gourevitch, I Would Like to Inform You that Tomorrow We Will All Be Dead, all books dealing with atrocities, in a space designed by the artists Juan Maidagan & Dolores Zinny. 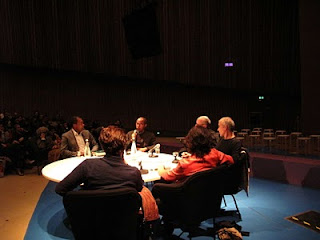 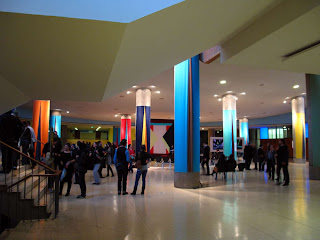 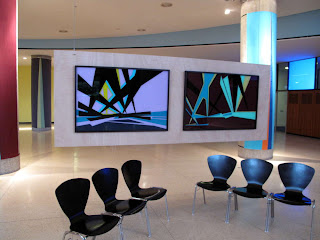 For his part, Shonibare Nelson's Ship in a Bottle--his critically acclaimed sculpture for the famed Fourth Plinth at Trafalgar Square, London--was unveiled in late May. And of course his Colonel and Mrs Tarleton Shooting and Scramble for Africa, installed at the Friedrichswerdersche Kirche is part of the ongoing show in Berlin, Who Knows Tomorrow. And Kentridge's major retrospective exhibition, originally organized by the San Francisco Museum of Modern Art, closed last month at the Museum of Modern Art, New York.