The Department of the History of Art and Architecture at Brown University is honored to announce that poet, curator, blogger and art historian Chika Okeke-Agulu will present the 2021 Anita Glass Lecture on October 15 at 5:30 pm in List Art Building on the Brown campus. He will discuss the work of Ghanian-born artist El Anatsui, one of Africa’s most celebrated contemporary sculptors. 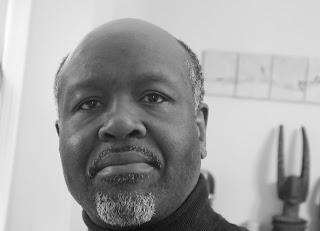 Chika Okeke-Agulu was born in Umuahia in Nigeria in 1966. As an artist, he has had three solo exhibitions, five joint exhibitions, and twenty-eight group exhibitions in England, Germany, Nigeria, South Africa, South Korea, Sweden, Switzerland, Trindad and Tobago, and the United States. His work is in the collections of the Newark Museum, Iwalewa-Haus, University of Bayreuth, and the National Council for Arts and Culture, Lagos.

Among Professor Okeke-Agulu’s many awards and prizes are: Honorable Mention, The Arnold Rubin Outstanding Publication (triennial) Award (Arts Council of African Studies Association, 2017); The Melville J. Herskovits Prize for the most important scholarly work in African Studies published in English during the preceding year (African Studies Association, 2016); and the Frank Jewett Mather Award for Distinction in Art Criticism (College Art Association, 2016). Okeke-Agulu serves on the advisory boards of the Hyundai Tate Research Centre, the Tate Modern, London, and The Africa Institute, Sharjah, and on the Advisory Council of Mpala Research Centre, Nanyuki, Kenya. He is on the executive board of Princeton in Africa, and the editorial board of the Journal of Visual Culture.

Posted by Chika Okeke-Agulu at 2:48 PM