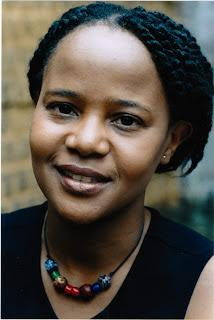 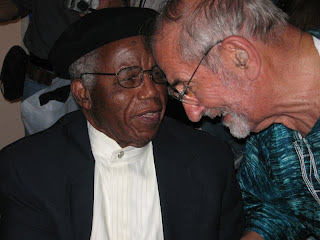 A day after Danticat's lecture, an even more momentous occasion will be the public conversation between Kwame Anthony Appiah and Chinua Achebe whose Things Fall Apart in its 50th year has been the subject of major international attention; a focus that acknowledges the novel's critical presence in the world of literature, and the discourse of European colonization in Africa. It will be wonderful to see the two public intellectuals and philosophers broach some of the ideas that have made their work, in different ways, landmark moments in the world of modern thought. I will, hopefully, return to this blog after the conversation, which I await with great expectation!
Posted by Chika Okeke-Agulu at 9:54 AM

so what happened? Or was it so overwhelming you haven't been able to put it into words yet? :)

Ah, both were memorable events. I needed time to process the images. Because I usually shoot my pictures in large format, I have to resize them to fit the smaller dimensions best for internet postings. But also, I have been extremely busy since the event. Strangely, I did not see your query before posting my report last night!