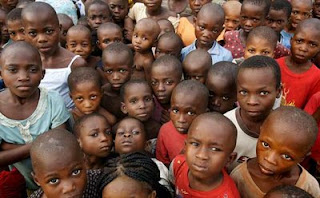 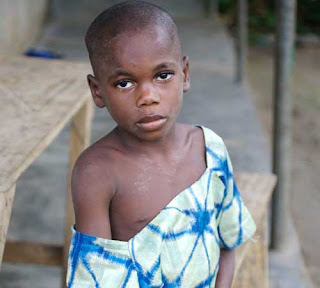 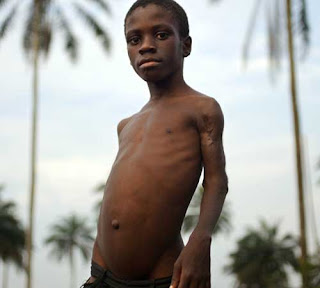 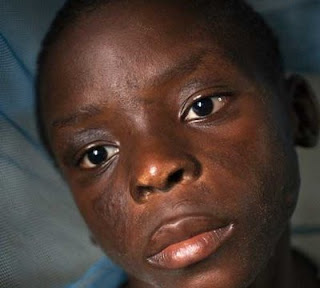 A society that sacrifices its children to religious faith, is a damned, cursed society.
Posted by Chika Okeke-Agulu at 6:01 PM

Chika, it is another sad day for Nigeria. To think that Nigerians are spread all around the world as intellectuals, Doctors, great Artists, etc. Yet there is so much retrogression and decay back home. Sad, sad day.
Whatever happened to the proud people and hopeful a Nation?

Chika,
As for the child burnt by the hand of his own father, one imagines that the mental scarring from that experience can only be worse than the physical. The psychic damage exported from generation to generation is alarming. The muted response from government suggests that these beliefs hold sway right up to the top.

Of course people in and out of government are equally in thrall of these superstitions. That is why anti-witchcraft crimes are often ignored by the police and state officials. It is for the same reason that the police and the media get so excited, even overzealous, when it comes to reporting about or punishing anyone who is alleged to be involved in crimes linked to "paganism." Think of the media coverage, and quick response by federal police, when on raiding the Okija Shrines a couple of years ago--following the allegation by a fraudulent politician that the "Okija cult" was after his life--they found human skulls at the site. Compare that with the current situation where there is countless evidence of extreme torture, maiming, and allegedly killing of (so-called witch/pagan) children by people convinced of their supposedly Christian faiths. Has anyone been prosecuted or seriously investigated?

The feeling you get is that quite a significant part of the population believes in, and supports, these crimes. The perpetrators are just helping the sick society by exterminating the children responsible for all the problems of their families and communities. This, sadly, is why it won't be easy putting a stop to the infanticides and child abuse.

My fear is that it may spread beyond Ibibio land, as other equally distressed communities seek quick faith-based solutions to the worsening socio-economic, spiritual and environmental crises they face. Clearly this tragedy suites the government, for as long as the "child witches" are seen as the enemy, no one will take the politicians to task for overseeing the systematic impoverishment and devastation of the land and people.

I am a christian, grew up in Ghana and ivory coast and my parents lived in Nigeria for 20 something years and run an orphanage, I have adopted 3 kids form Uganda. So africa is close to my heart. This blog sickens me that people would call themselves christians and hurt the least of these. That is not christianity but something disguised as such. Real Christianity would take these kids and love them with the love of Jesus.