Posted by Chika Okeke-Agulu at 4:32 AM No comments: Links to this post

As part of its 30th anniversary celebrations, the Newark-based Aljira: a Center for Contemporary Art, one of the leading supporters of artists of color in the US North East, will be holding an art auction on May 21, 2015. The auction list includes work by well-known names, such as David Salle, Wangechi Mutu, Mickalene Thomas, Hank Willis Thomas, Marcia Kure, Philip Akkerman, Dawoud Bey, Frank Bowling, and many more.

This year, Aljira will honor the photo artist Dawoud Bey and Okwui Enwezor for their work. I have to be there!
Posted by Chika Okeke-Agulu at 2:44 PM No comments: Links to this post

Congratulations, El for this most deserved award! It is an honor to count you as a teacher, colleague and friend, and an artist who has, like no one practicing today, redefined sculpture as an artistic genre. Go on, ride the long tide of history!
Posted by Chika Okeke-Agulu at 11:14 AM No comments: Links to this post 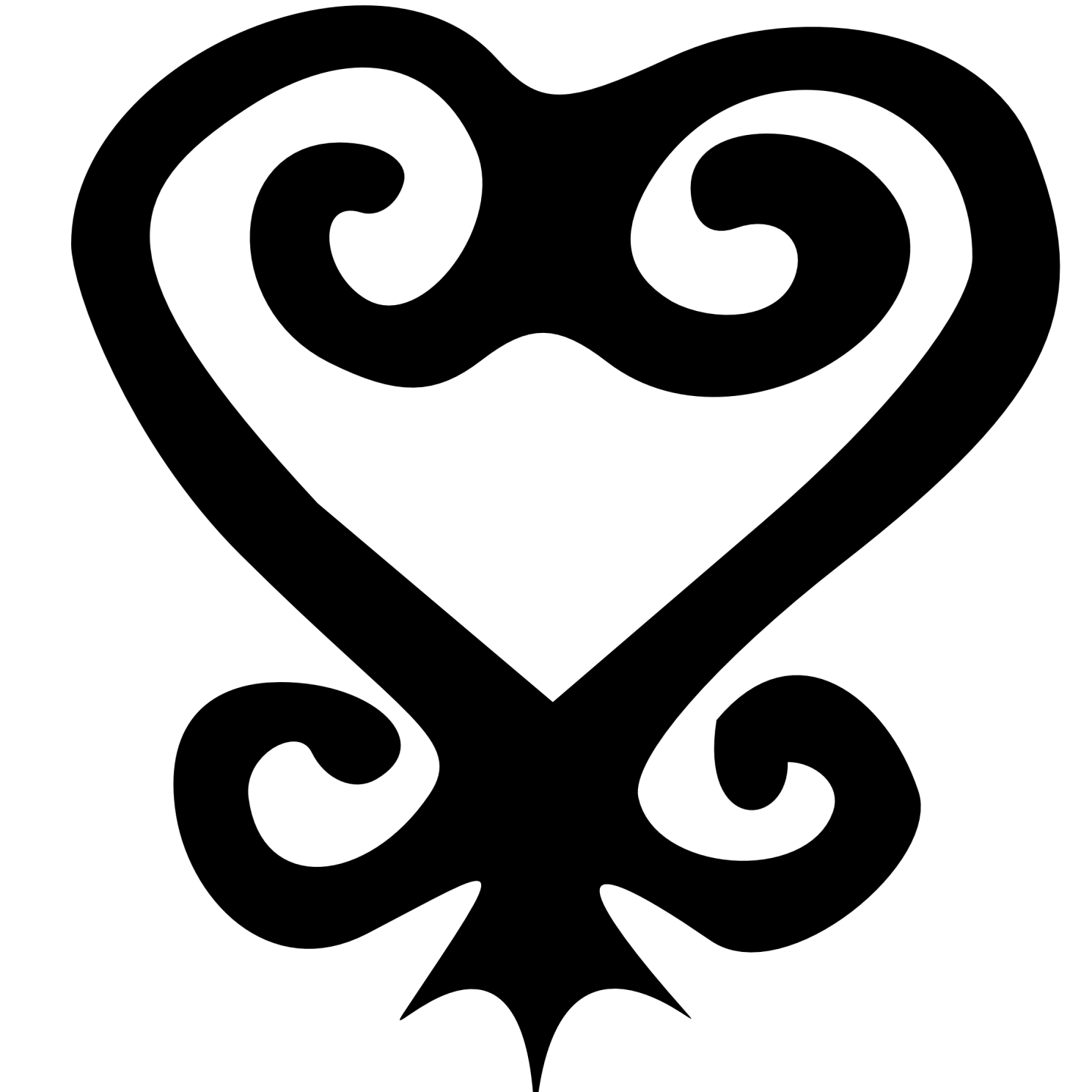 The venue for my conversation with El Anatsui, which takes place 5PM tomorrow, April 23, has changed. If you plan to attend, please note that it will now hold in McCosh 10. If you can't come, it will be streamed live on Princeton's Media Central. To log on at 5PM please go to the Media Central Site.
If you miss the livestream, the video will be uploaded on the Center for African American Studies  Youtube channel in twenty four hours.
Posted by Chika Okeke-Agulu at 12:07 PM No comments: Links to this post

El Anatsui has been in Princeton since the beginning of the week as the 2015 Sarah Lee Elson, Class of 1984, International Artist-in-Residence. As part of this major event here, the Princeton University Art Museum recently acquired Anatsui's work, Another Place (2015) now installed on the island wall in the Museum's main contemporary art gallery. El was at the museum yesterday to see the work, installed just the day before.

Posted by Chika Okeke-Agulu at 12:01 PM No comments: Links to this post

Check this out if you are or know someone that might be interested in this job announcement:

The Centre of African Studies at the University of Edinburgh is seeking to appoint an outstanding researcher and teacher to a permanent academic post in the Centre of African Studies, in the School of Social and Political Science. S/he will be joining a dynamic and interdisciplinary community of some 20 academics and 100 postgraduate students located in the centre, as well as many more around the university.

We are looking for candidates with a commitment to innovative interdisciplinary research and teaching with an African focus. Candidates will have relevant expertise in African studies or in political science, social anthropology, development studies, human geography, history or cultural studies.

The candidate will be based in one of largest clusters of Africanist experts in Europe, in a university ranked in the world’s top 20, and in a city regarded as one of most beautiful and liveable in the UK.

Link to vacancy details and ‘how to apply’ available at: http://www.jobs.ac.uk/job/AKY610/lecturer-in-african-studies/

For any question, please do not hesitate to contact me: email: B.Bompani@ed.ac.uk

Centre of African Studies website: www.cas.ed.ac.uk
Posted by Chika Okeke-Agulu at 9:16 AM No comments: Links to this post

My conversation with El Anatsui to be webcast live!

My Conversation with El Anatsui will be webcast live on Livestream. To watch, connect on Thursday, April 23 @5PM via this link.
Posted by Chika Okeke-Agulu at 6:12 PM No comments: Links to this post 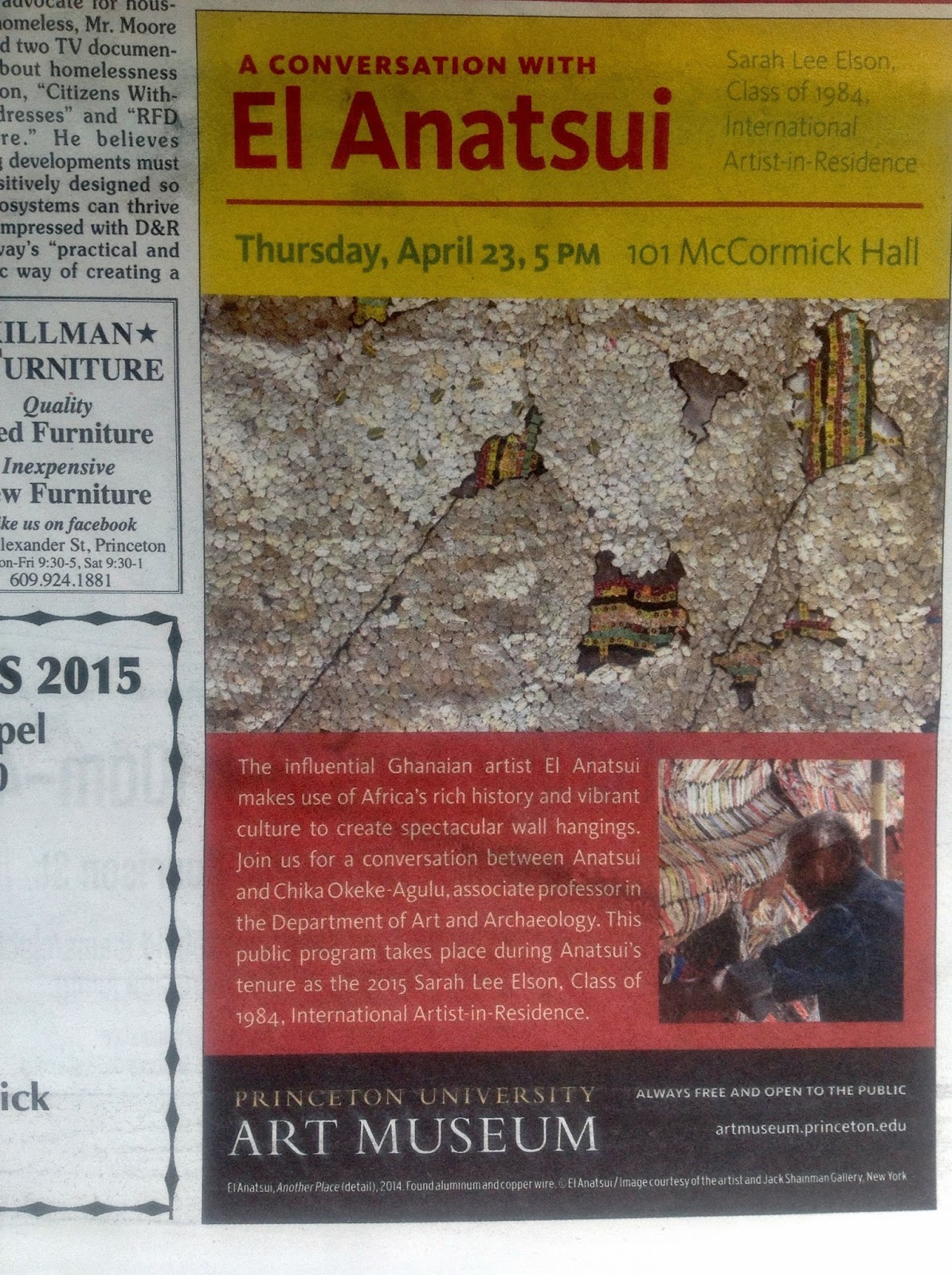 Posted by Chika Okeke-Agulu at 7:39 AM No comments: Links to this post

Nigerian Intellectuals and the trouble with Nigeria; or SOS for the Igbo

For some time, in the guise of electoral politics, drumbeats such as have not been heard in Nigeria since the bloodletting levied on Igbo civilians by their countrymen are sounding again. Last week, the Oba of Lagos, the traditional ruler of that metropolis, made what many right thinking Nigerians from the south to the north, east to west have condemned as irresponsible and dangerous statement. Pained that the Igbo residents of Lagos--who in the March 28 presidential elections voted massively for the Goodluck Jonathan-led Peoples Democratic Party (PDP)--are again poised to vote for the PDP candidate for the Lagos State governorship elections today, the Oba cautioned the Igbo against this (*Note that the PDP candidate is himself also Yoruba). He stated that his Yoruba people who now claim Lagos--for decades the Nigerian political capital--as a Yoruba city have a way of dealing ungrateful visitors; they are thrown into the lagoon. They are eliminated. Killed. Here is the critical section of Oba Akiolu's statement:


“On Saturday, if any one of you goes against Ambode who I picked, that is your end. If it doesn’t happen within seven days, just know that I am a bastard and it’s not my father who gave birth to me.
“Jonathan is my son and I speak to him every day, by the grace of God, I am the owner of Lagos for the time being. This is an undivided chair. The palace belongs to the dead and those coming in the future.
On Saturday, if anyone of you, I swear in the name of God, goes against my wish that Ambode will be the next governor of Lagos State, the person is going to die inside this water.
“I am not ready to beg you. Nobody knew how I picked Ambode. Jimi is my blood relation and I told him that he can never be governor in Lagos for now. The future belongs to God.
I am not begging anybody, but what you people cannot do in Onitsha, Aba or anywhere, if you do what I want, Lagos will continue to be prosperous for you, if you go against my wish, you will perish in the water.”

Since this public statement the video of which has circulated in the internet, the Oba has reportedly tried to modify his statement, even going as far as suggesting that he was under the influence of alcohol when he misspoke. Several important voices, many of them Yoruba, have condemned the Oba's very unfortunate statement, as it ran against the spirit of democracy to which Nigeria and Nigerians aspire. He was reminded that every Nigerian, any group of Nigerians have the inalienable constitutional right to vote for any individual or party, and that threats such as he uttered constitute voter intimidation, which is against the law. My friend and writer Chimamanda Ngozi Adichie, first among major writers that have commented on the royal threat, pointed to the wider context of this matter: the fact that other Nigerians have historically seen the Igbo as a problem. "To be Igbo in Nigeria, is to be a suspect," she wrote. In the meantime, two Igbo groups have petitioned the Nigerian Human Rights Commission (NHRC), to look into the Oba's threat in the hope of forestalling any harm that might be visited on the Igbo people in Lagos. Even General Buhari the President-elect and leader of the APC has distanced himself and the party from the Oba's statement

Against this background, I read in utter horror the press release circulated today by the Wilmington, DE-based Oodua Foundation, a group of "Yoruba intellectuals, professionals, business leaders, government officials, and military officers, in countries across the world." Ostensibly written in defense of the Oba of Lagos, this statement by the self-described "think-thank" of the Yoruba nation, goes beyond everything I have read so far by declaring Igbo residents--many of them legitimate property and business owners--"resident refugees in Lagos...who are are unfortunately making their position in the Yoruba kingdom of Lagos very precarious." The Oodua Foundation's statement claims that: "Refusing to be grateful for what they and their people are benefiting from Yorubaland, these ["obstreperous" Igbo] choose to constitute themselves into constant pain and trouble. The Yoruba people of Lagos, and other Lagos residents from other parts of Nigeria, are becoming tired of having these prickly characters around us." (my emphasis).

Here are my questions: Is this still about the governorship elections? Or is this indicative of the return of the kind of rhetoric and mindset that only seized the opportunity of the 1966 military coup, to murder thousands of Igbo civilians, and expropriate their property across Nigeria? Given how much the Igbo have contributed to the structural development of Lagos and Abuja, has the time come to plan another cleansing, in order to deal with the Igbo problem? What indeed is behind Oba Akiolu's unguarded statement, and now this threat by the Oodua Foundation? Since I assume that this group is registered in the United States, I want the world and the US government agencies to know that this Oodua Foundation, because of its inflammatory threat, must and will be held responsible for any Igbo blood shed in Lagos. While the Oba can claim to have spoken under the influence of the spirits, the US-based foundation can only be motivated by a darker, systematic intent--the type that has given rise to genocides the world over. For at the heart of every of these mass murder events are utterances by an elite class willing to incite others to kill and mutilate, all just for that elite to consolidate its legitimacy, its access to power.
Posted by Chika Okeke-Agulu at 3:55 PM 1 comment: Links to this post 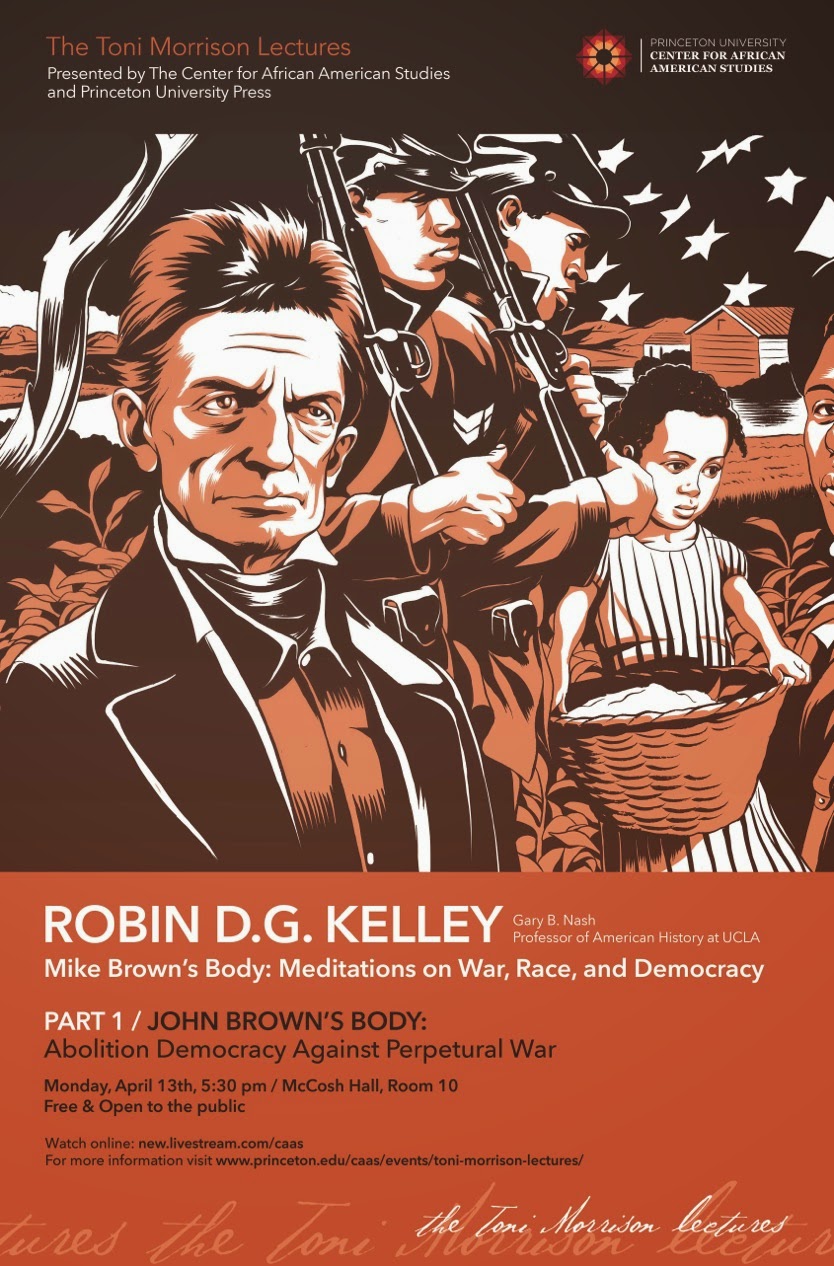 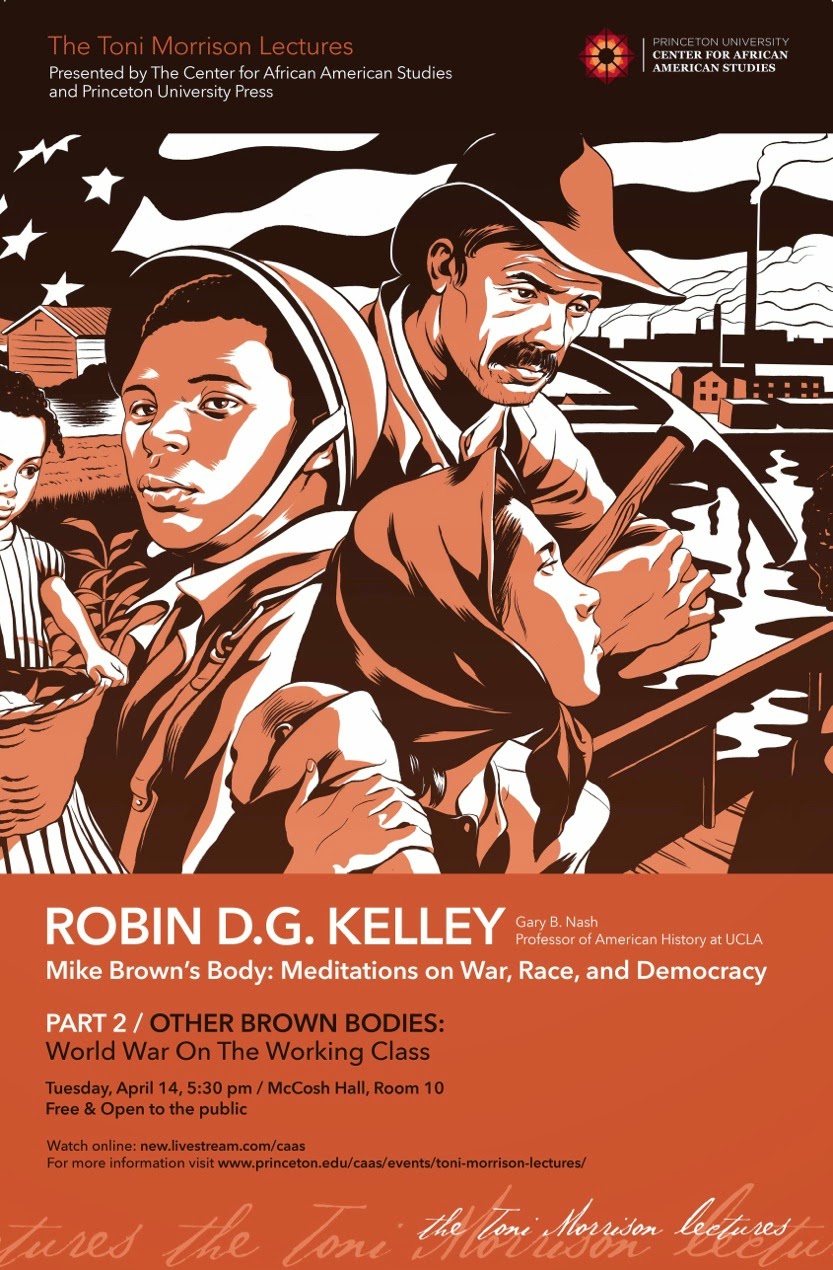 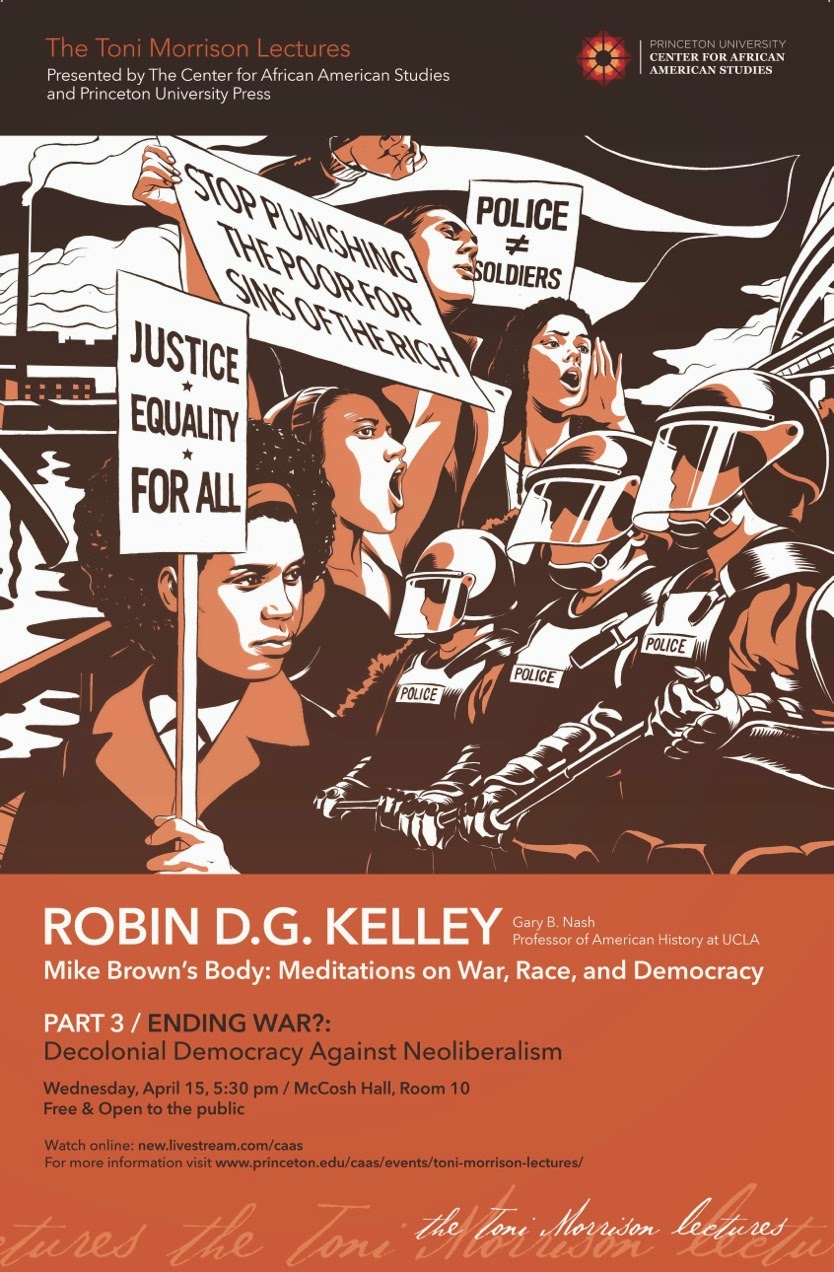 Posted by Chika Okeke-Agulu at 6:18 PM No comments: Links to this post


My friend and artist Julie Mehretu was in my "Art and Politics in Postcolonial Africa" seminar @Princeton today. What is the politics of abstraction, the relationship of art and capital, and how to convey through verbal narrative an artist's often messy creative process? Julie's presentation of her work through a kind of stream-of-consciousness citation of conjoined texts taken from sources as diverse as poetry, news reports, scholarly arguments about maps, mark-making, and the nature of color, but also from political slogans, philosophical treatises, historical accounts, literary works, and many more; these collage and cascade of texts--because they taxed the listener's power of concentration and his ability make sense of words, sentences, phrases from known and mostly obscure sources--came closest to, more than anything I have heard or read before about, how the artistic unconscious works while in the process of making work. Anyway, Julie, this is a shout out to you, for making today's encounter such a thrill.
Next visits: El Anatsui on Apr. 23; and Zanele Muholi on Apr. 30.
Posted by Chika Okeke-Agulu at 11:05 PM No comments: Links to this post