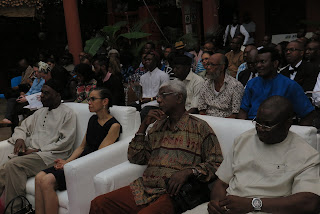 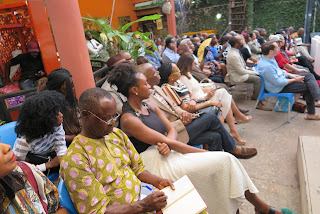 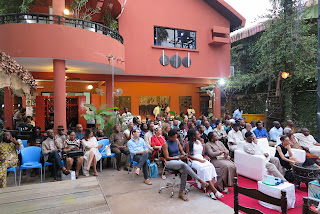 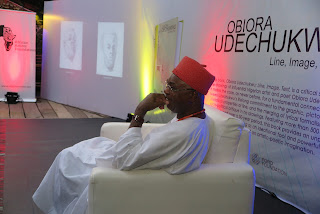 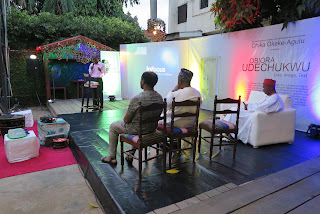 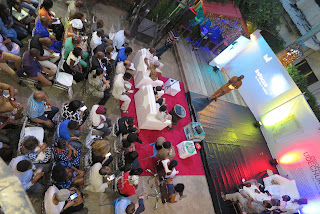 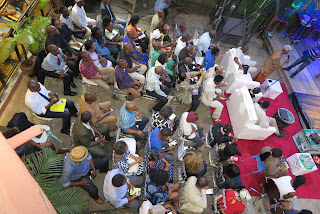 Posted by Chika Okeke-Agulu at 10:44 PM No comments: Links to this post

To mark the fiftieth anniversary of the birth of Biafra, that shortlived republic that was the southeastern Nigerian region a conference organized and hosted by George Washington University will take place on April 21-22, in Washington DC. Memory of Biafra remains strong in the hearts of many Biafran Children like me who were born on the eve of that war, and who survived the mass starvation used by the Nigerian government as a weapon of war, while most of the world looked away. It still hurts, as many of us who survived still carry a deep scar lodged in our souls these many years after.
For more on the Remembering Biafra Conference please check out the conference website.
Posted by Chika Okeke-Agulu at 7:59 AM No comments: Links to this post

Bona Ezeudu and family still waiting for Justice, in Nigeria

On September 26, 2009, my dear friend and colleague Bona Ezeudu lost his only son, Lota. Lota was a brilliant and enterprising second-year student in a university in Enugu, the capital of Enugu State, Nigeria. As it turned out, Lota had been murdered, and two men--former police officers in the city--were eventually accused as his murderers, along with the son of the chief of police in the town Sam Chukwu. The authorities eventually charged these men, including Sam Chukwu (in whose house the accused men lived and for whom they served as some kind of extrajudicial hitmen) for complicity in the murder of Lota Ezeudu. Sam Chukwu, "ran" from the law, was declared wanted, and never appeared in court. About two years later, he "surfaced," apparently promoted to a higher rank and transferred out of Enugu, despite that he was a fugitive of the law. Now he is a top police officer stationed in Lagos. This case is one more reason why that country Nigeria, sadly my homeland, remains a sorry, morally deficient place scarred by the culture of impunity. Frankly, this case, because it involved some people in power in Abuja (according to news reports), was one that I hoped the presidency of Muhammadu Buhari would have quickly resolved by compelling this man Sam Chukwu to face the charges pending in court.

For more on this story check out: Sahara Reporters latest report

Posted by Chika Okeke-Agulu at 9:38 PM No comments: Links to this post

Sotheby's London in the Game Too!

If you ever had any doubt about the marketability of modern and Contemporary Africa or about the fact that the fervid rise in prices of work in this area is no fluke or a temporary thing, the just-announced entrance of Sotheby's should tell you something. Since 2007 when the Lagos-based upstart Arthouse Limited and the veteran Bonhams established dedicated auctions for modern and contemporary African art--with major emphasis on Nigeria, nevertheless--we have seen record sales for many artists who until then fetched relatively small change in the even smaller secondary market there was for this art. It is no surprise, quite frankly, that Sotheby's, the world largest art business, has now decided to join the fun or fray, and we can only be sure that this will mean more keenly watched auctions and more acute trajectory for the price of African art. Good or bad, it means that this field is making sure and steady march to the mainstream. If it were real estate, you could say that is now undergoing gentrification. Come May 16, we shall see, for real, what signals Sotheby's inaugural auction will be sending to primary and secondary market for modern and contemporary African art.
Posted by Chika Okeke-Agulu at 7:04 PM No comments: Links to this post