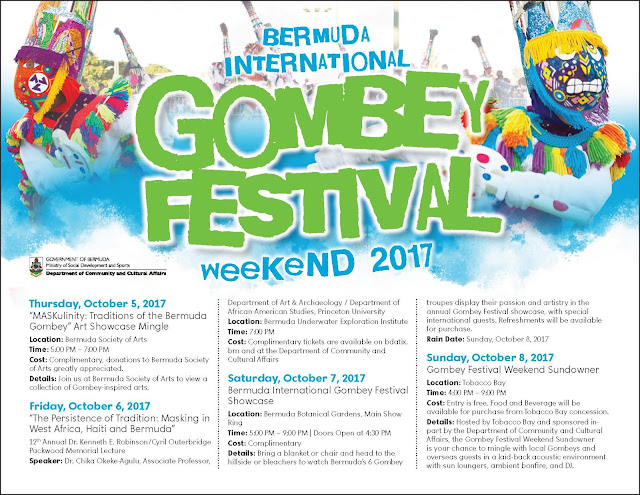 Posted by Chika Okeke-Agulu at 2:31 PM No comments: Links to this post 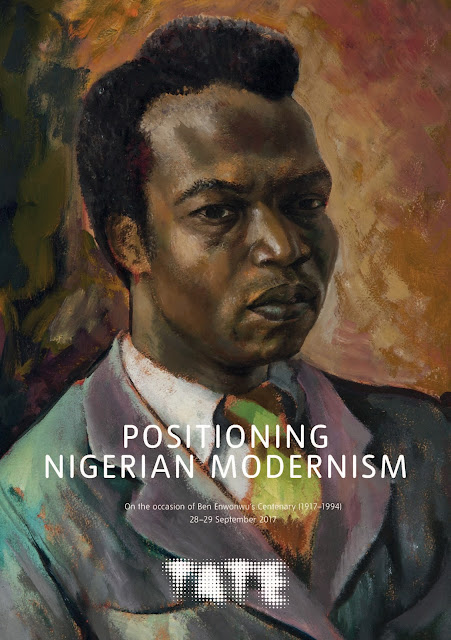 We are delighted to be able to present this major international conference at Tate Modern, which will reconsider the origins and socio-political underpinnings of modernism in Nigeria and West Africa more broadly and the legacy of some of its key proponents. One hundred years after the birth of pioneering Nigerian artist Ben Enwonwu, a resolute defender of the value of African culture internationally, it is timely to emphasise the contributions of artists active in the years before and after decolonisation and reconsider the context in which they were working. This conference seeks to address issues around the formation of post-colonial identity, the preservation of history and the impact of transnationalism and decolonisation in art criticism and museum collections today.

We were overwhelmed by the response we received to our open call for papers. The breadth and depth of research being undertaken by colleagues around the world is exciting and encouraging. Art histories are being written and re-written and we are honoured to be able to bring together scholars from major museums and academic institutions in Nigeria, Germany, Austria, the United States and the United Kingdom who are at the forefront of rethinking modernism. We hope that this conference will provide a platform for ideas to be shared and for the discourse to be developed further. We are extremely grateful for their collaboration. We would also like to acknowledge the contributions of Oliver Enwonwu, Sylvester Ogbechie and Neil Coventry whose tireless work over many years has informed our own.

This landmark event would not have been possible without the generous support of Yvonne Ike and Aigboje and Ofovwe Aig-Imoukhuede who are long-term supporters of Ben Enwonwu. We thank them not only for their financial contribution, but also for their steadfast vision.


Nigerian art has a rich history dating back to 1000 BC. To my mind, Nigerian modernism includes some of Africa’s best-known artists such as the Zaria Rebels, Yusuf Grillo, Bruce Onobrakpeya, Uche Okeke, Simon Okeke, Demas Nwoko and other significant masters such as Aina Onabolu, Ben Enwonwu and more recently El Anatsui.

Ben Enwonwu was the most persistent internationally successful artist to promote Nigerian art on the global stage. In August 1943 he wrote, ‘I submit that the modern African artist can go to seek inspiration for the new art of his country even in Europe. The only trouble is that in his work, he must be himself! He must be African! He must not imitate.’ Enwonwu’s contributions to Nigerian and African art cannot be understated. He was a visionary of his time.

The impact of the actions of these masters clearly extends beyond the arts. It is a commonly held view that culture and what we do to validate our common humanity through the arts is at the core of the good and beautiful life. Regardless of what our differences are; we are all prone to acculturate ourselves towards using the arts as an important means to help us understand ourselves more robustly and act as a motivating force to build bridges, not walls. Across all nations cultural stability in a nation adds measurably to how people see themselves in world history.

I am sure that Tate, a leading purveyor of culture, and this symposium will make history in helping to shape how Nigeria continues to creatively position herself globally within and beyond the arts in these complex modern times.


It is safe to say that the world has taken its fascination for African art to new heights. I was born, bred and made in Nigeria, Africa’s most populated country. Yet, for all of its historical contributions to modern art, globally, Nigeria has not been able to impose upon the global art world its own imprint, perhaps the opportunity is now.

It would be impossible to remark on modern African art without acknowledging the watershed moments of Pan-Africanism and the negritude movement which birthed many of our prominent modern masters and revealed the pioneering brilliance of the late Ben Enwonwu, who I knew as a child - in addition to works of other greats such as Aina Onabolu, Yusuf Grillo, Obiora Udechukwu, Uche Okeke and El Anatsui - whose individual contributions bore an authenticity yet remained aloof to categorisations like primitivism or authentically African.

I am privileged to have been immersed in African and international cultures and experienced some of Nigeria’s greatest art and artists - having had a uniquely art-filled childhood thanks to my parent’s cultural engagement. I have collected art for over 40 years. More importantly I am a keen observer of a new wave - which has ushered in a lasting environment for the production of art and the exchange of concepts - and I can conclude that now more than ever is a crucial time, in the words of this conference’s organisers ‘to examine strategies of cultural independence and to reflect upon the impact
of transnationalism.’

As Nigerian art is celebrated and re-explored and as we create new histories to pass on to our children and their children we must ask critical questions about our legacies, the preservation of our culture, what the future holds for African art and our changing understanding of history. I hope that we can use this symposium to reflect, discuss and act unfailingly on the results of our discourse to position Nigerian modernism both in our indigenous context and that of the other.


Chika Okeke-Agulu is an artist, curator, and Professor of Art History in the Department of Art and Archaeology and the Department for African American Studies at Princeton University. He is the author of Obiora Udechukwu: Line, Image, Text (Skira Editore, 2016), Postcolonial Modernism: Art and Decolonization in Twentieth-Century Nigeria (Duke University Press, 2015), and with Okwui Enwezor, of Contemporary African Art Since 1980 (Damiani, 2009). He is coeditor of Nka: Journal of Contemporary African Art and other edited volumes. In 2016, he received the Frank Jewett Mather Award for Distinction in Art Criticism from the College Art Association; the Melville J. Herskovits Award, given by the African Studies Association to the author of the most important scholarly work in African studies published in English in 2015; and Distinguished Alumnus Award for Outstanding
Service to the Arts (The College of the Arts, University of South Florida, Tampa). In 2017, he received Honorable Mention, the Arnold Rubin Award for Outstanding Publication, from the Arts Council of African Studies Association. He sits on the boards of the College Art Association and Princeton in Africa. Okeke-Agulu is a columnist for The Huffington Post and maintains the blog, Ofodunka: Art. Life. Politics.

12.15 – THE FORMATION OF NATIONAL IDENTITY AND PRESERVATION
13.30 OF HISTORY

PARTICIPANTS
Oliver Enwonwu is the founder, executive director, and trustee of The Ben Enwonwu Foundation. He is also the president of the Society of Nigerian Artists, director of Omenka Gallery and CEO of Revilo Company Ltd, publishers of Omenka, an arts, business and luxury-lifestyle magazine.

Bea Gassmann de Sousa is the founder of the Agency Gallery, London and an independent curator and researcher. She curated the exhibition A Portrait in Fragments: Theresa Hak Kyung Cha (1951-82) with works from her archive. Since 2015 she has been researching manuscripts at the family archive of The Ben Enwonwu Foundation, Nigeria.

Kerryn Greenberg is Curator (International Art) at Tate Modern. She leads Tate’s Africa Acquisitions Committee and is responsible, together with Zoe Whitley, for formulating Tate’s strategy in the region. Most recently, she curated the exhibition Fahrelnissa Zeid (13 June – 8 October 2017).

Paul Goodwin is Director of the Transnational Art Identity and Nation Research Centre (TrAIN) and Professor of Contemporary Art and Urbanism at University of the Arts London. He most recently curated Untitled: art on the conditions of our time (New Art Exchange, Nottingham 2017).

Emmanuel Iduma is the author of the novel The Sound of Things to Come and A Stranger’s Pose, a forthcoming book of travel stories. He is also coeditor of Gambit: Newer African Writing, editor of Saraba Magazine, and a faculty member of the MFA Art Writing program at the School of Visual Arts, New York. He was associate curator of this year’s Nigeria Pavilion at the Venice Biennale.

Christian Kravagna is Professor of Postcolonial Studies at the Academy of Fine Arts in Vienna. His book Transmoderne: Eine Kunstgeschichte des Kontakts is forthcoming with b_books. He is the editor of The Museum as Arena: Artists on Institutional Critique, (2001) and co-editor of Transcultural Modernisms (2013).

Isabelle Malz is Curator of Modern and Contemporary Art, Kunstsammlung Nordrhein Westfalen, Düsseldorf, Germany. She has produced a number of acclaimed exhibitions. Isabelle Malz is currently part of the curatorial team for museum global (2018).

David Murphy is Professor of French and Postcolonial Studies at the University of Stirling. He recently published the edited volume The First World Festival of Negro Arts, Dakar 1966: Contexts and Legacies (2016). He is currently preparing an illustrated history of the Dakar festival with Cédric Vincent.

Lena Naumann works as the assistant to the directorship of Iwalewahaus, University of Bayreuth. As a junior researcher, she is involved in the research project African Art History and the Formation of a Modern Aesthetic. Naumann is currently coordinating the digitisation of the Ulli Beier estate.

Ozioma Onuzulike, ceramic artist, poet and writer, is Professor of Ceramic Art and Art History in the Department of Fine and Applied Arts, University of Nigeria, Nsukka. He has published widely, including in Nka, African Arts, Critical Interventions and Journal of Modern Crafts.

Folakunle Oshun is an artist and curator from Nigeria who expanded his Lagos studio into an art project space in 2013. He initiated the project Mending Histories at Gallery Wedding in Berlin, which challenged the contextualisation and presentation of African art in Western Museums.

Nikoo Paydar is Assistant Curator at Fisk University Galleries and a lecturer in the Art Department. She co-founded and co-directed Iranian Alliances Across Borders (IAAB), a non-profit organisation focused on Iranian diaspora youth now in its 14th year.

Siegrun Salmanian works as a junior researcher in the project African Art History and the Formation of a Modern Aesthetic and is a curator at Iwalewahaus, University of Bayreuth. Salmanian is currently working on her PhD, focussing on modern art movements in Sudan.

Alinta Sara is an independent researcher, teacher and art educator working in London. Her current research is on the Afro-Brazilian architectural heritage in the Bight of Benin. She is the co-founder of Bokantaj, a collective promoting intercultural understanding through artistic intervention.

Jamaal B. Sheats is the Director and Curator of the Fisk University Galleries and Assistant Professor in the Art Department. Sheats owns Sheats Repoussé and the Charlotte Art Project and holds positions on the Frist Center for the Arts Education Council and the “To Share a Legacy” HBCU Alliance.

Zoe Whitley is Curator (International Art) at Tate Modern. She is responsible, together with Kerryn Greenberg, for formulating Tate’s strategy for Africa. Most recently, she co-curated the exhibition Soul of a Nation: Art in the Age of Black Power (12 July–22 October 2017).
Posted by Chika Okeke-Agulu at 6:05 AM No comments: Links to this post