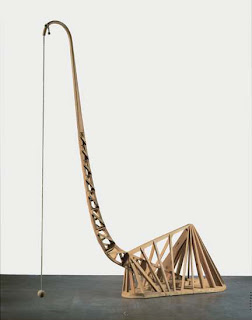 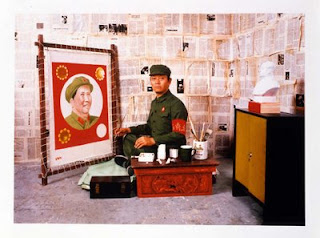 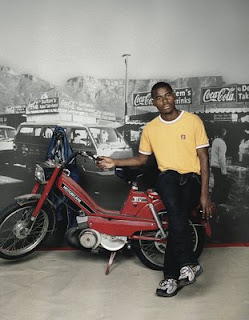 Unbounded includes several African artists, including Williamson, William Kentridge, Pieter Hugo, Senzeni Maresela, and Rossinah Maepe (South Africa); Victor Ekpuk, and Yinka Shonibare (Nigeria), Owusu-Ankomah (Ghana), Sokey Edorh (Togo), Wosene Kosrof (Ethiopia), Magdalene Odundo (Kenya), Samuel Fosso (Central African Republic), and the anonymous dressmaker who designed a printed wax dress with (anti-)female circumcision motifs for the Malian actress/activist, Fatoumata Coulibaly. Come to think of it, the fact that all the works in the show come from the museum’s permanent collection says so much about its commitment to contemporary African art
Posted by Chika Okeke-Agulu at 1:28 AM 1 comment: Links to this post

My friend and colleague Okwui Enwezor received the Center for Curatorial Studies at Bard College, "Curatorial Excellence Award" on April 22. This week's ART/world celebrates this event, and Okwui's exemplary career. Here are some of the photos from the award reception at Gotham Hall, NY. It occurred to me that not since Documenta11 in 2002, had this many from our circle of friends convened for a wonderful evening! 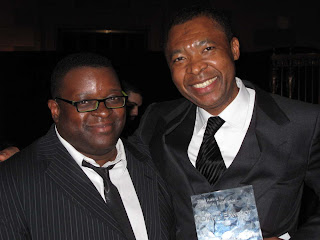 The artist Isaac Julien, who presented Okwui for the award. Photo: Chika Okeke-Agulu 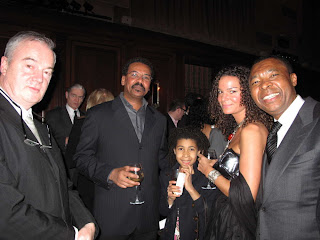 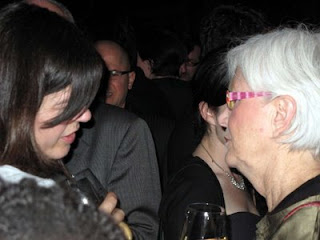 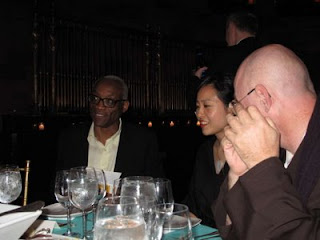