My Interview with OkayAfrica on the ongoing Bodys Isek Kingelez exhibition at the MoMA, NY


It's a dizzying spectacle. Glittering skyscrapers are counterpointed by orange, yellow, and ultramarine apartment buildings shaped into wavy lines. Just across the street, an ultra-modern office complex zig-zags upwards while a few blocks away a hotel that would be the envy of Monaco rises in an elegant V, painted cerulean blue with eggshell accents.
This fantastical cityscape is the work of Bodys Isek Kingelez (1948–2015), a self-described architect, designer, and artist from the Democratic Republic of Congo. On view in New York City at the Museum of Modern Art, the exhibition of his architectural models entitled City Dreams is the first monograph of a black African artist at the institution. As a whole, the exhibition speaks to the artist's imagined future for his country at the moment of independence from Belgium, when Kingelez first started to create his "extreme maquettes," as he called them.
To be sure, City Dreams represents an important step forward in MoMA's declared intent to build a more inclusive platform of modern and contemporary art. And, it's been met with critical applause from the New York Times, the New Yorker, and the Guardian, among numerous others.
But not everyone is so sure that MoMA has put their best foot forward by featuring Kingelez as the firstblack African to have a solo exhibition. I recently sat down with artist, critic, curator, art historian, and Princeton Professor Chika Okeke-Agulu to discuss City Dreams represents only a slight shift in the art world's discourse around African art and artists rather than the much needed wholesale change.

When did you first encounter Bodys Isek Kingelez's work? Do you remember your first impression?
I first heard of his work through the 1989 "Magiciens de la Terre" exhibition in Paris. I was an art student at the University of Nigeria, Nsukka. Paris was so far away, but I eventually got to see the catalog and I think that whatever I thought about his work then didn't change for quite a while. The kind of delirious imagination that produced that kind of work, combined with the context of its insertion into the public imagination, was fascinating.
I was dubious of how his work, and that of other African artists who were part of that exhibition and who later formed the core of the Pigozzi Collection, were presented as quintessential contemporary African artists because they did not go to art school, and thus pure. Such nonsense. So, I had to find a way to segregate what I thought of his work as an artist and the way that work was framed for the international public. 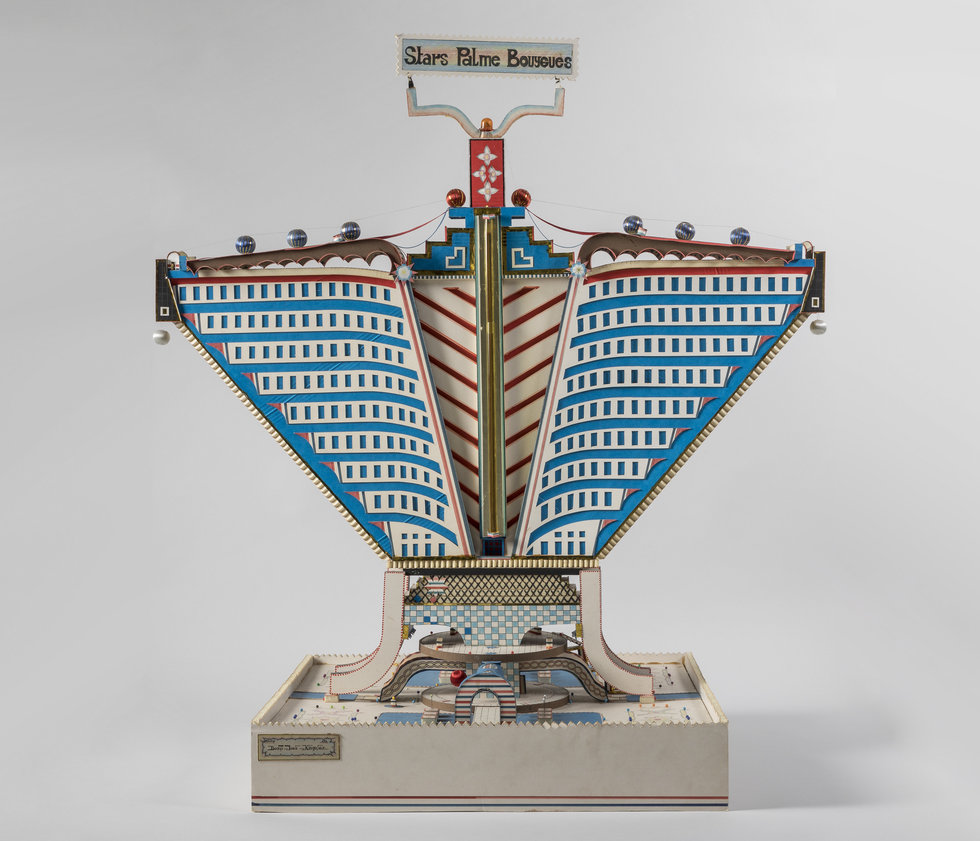 With so many different architectural styles and an ecstatic color palette, Kingelez's cityscapes are almost dizzying to look at. To an outside observer, they become places where anything can happen. Could you talk a little bit about what these works mean in the context of a post-colonial then Zaire and now Congo?

Have you seen or read about the Congolese "Les Sapeurs"? These guys who dress fabulously in the most expensive fashion?

Aha, yes. I have seen those photos.

In spite of their depressing living conditions, they create these fashions that make even the most outrageous designers in Paris look so dull. These men and women earn very little, some are even unemployed, yet they acquire the most expensive shoes, belts, sunglasses, jackets, scarves, and what have you. How does that make sense? Perhaps it is their way of defying the devastating poverty within which they live. It is almost as if they are saying "No. We do not want to give into the political, economic, and social devastation that is Congolese, post-colonial reality."
How then can one make sense of Kingelez's almost imponderable combination of architectural forms and styles, that combines both the possible and the impossible in his visually attractive, almost dizzying forms? One could see these sculptures as Kingelez's own interpretation of the very sensibility that produced the sappeurs.
When you look at Kinshasa, you see on one side the finely designed landscaped areas for the former colonizers and the Africans that now run the country. On the other side, you see vast landscapes of impoverished habitations. It seems to me that for Kingelez, living in lower-middle-class Kinshasa, his architecture is a kind of resistance to the unruly urban, architectural and socio-political realities of the Congo. 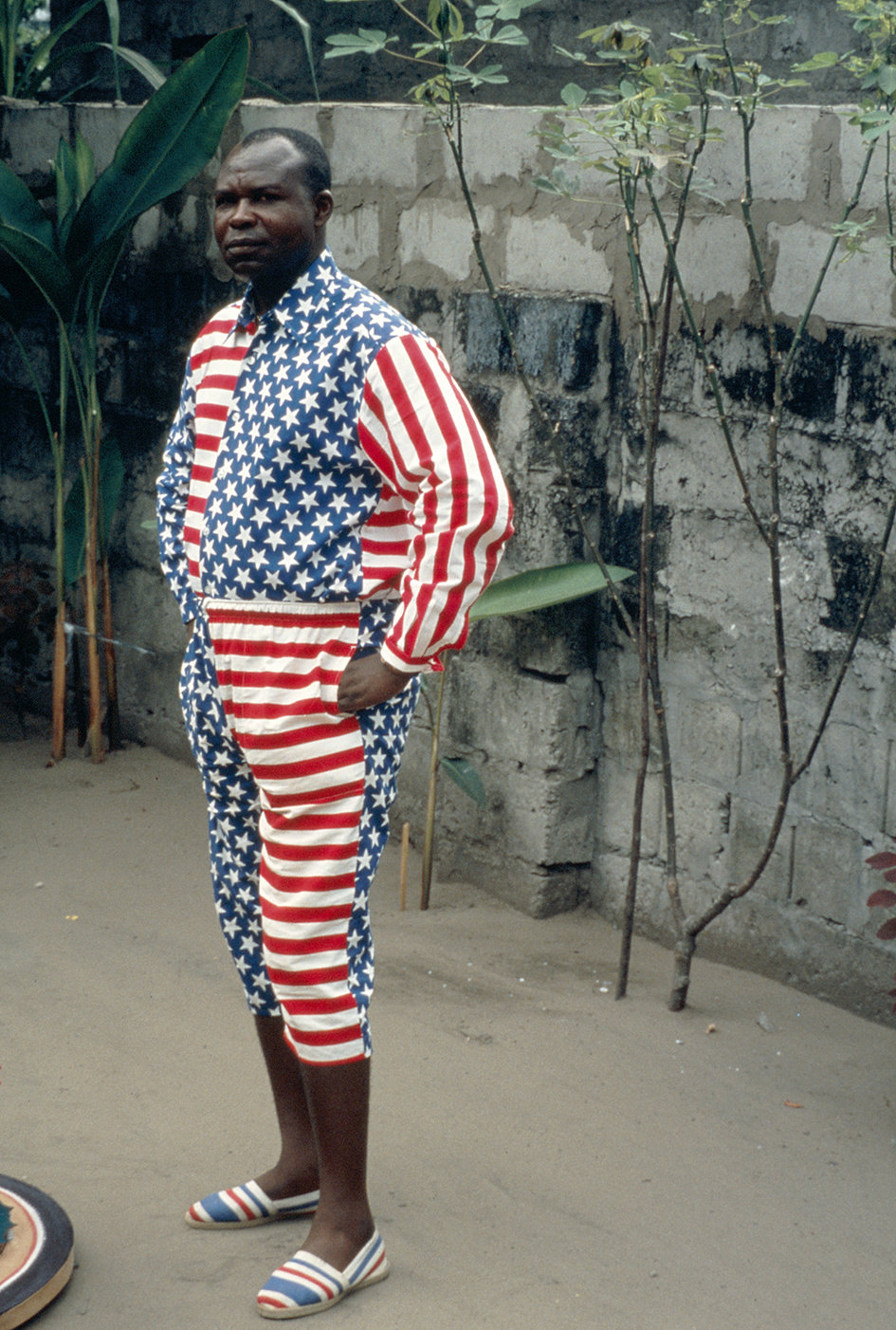 You write a lot about reshaping the narrative of post-colonial Africa. Within this context, how important is it to have City Dreams on display at MoMA, that is very much the ivory tower of modern art?

To be honest, I'm ambivalent about the MoMA exhibition. On the one hand, I've had an enduring critical and perhaps productive relationship with MoMA. I've collaborated with them on projects in the past, such as the "Short Century" exhibition when I had to find works of earlier African modernist in their collection that they weren't aware of or had forgotten about.
But institutions like the MoMA missed the opportunity to support African artists for such a long time. So now, we have to question their decision to promote City Dreams as the first monographic exhibition by a black African artist.
Looking at the gamut of 20th Century African art, would I select Kingelez as the first artist to be showcased in the institution that is, as you describe it, the ivory tower of modern art? Perhaps not. There are other much more significant African artists that have produced a tremendous amount of work and who have had an enduring influence within and outside of the continent. Artists like Ibrahim El Salahi, Skunder Boghossian, Farid Belkahia, El Anatsui, Gazbia Sirry, Dumile Feni, etc. 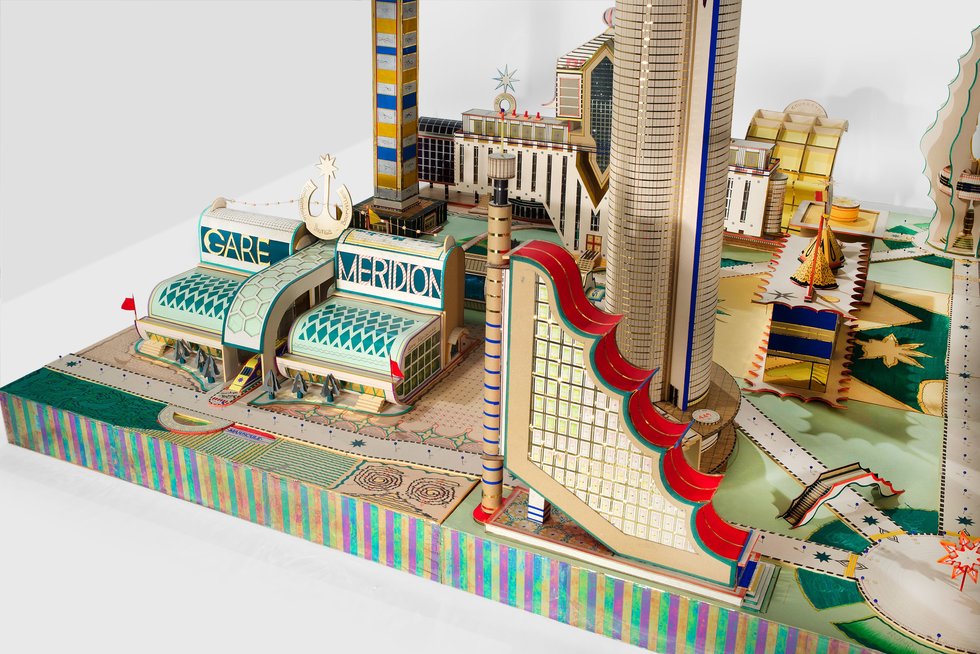 There is something very approachable to Kingelez's work because it is so colorful and whimsical and just because it is three dimensional.

One can definitely make an argument for that, and that's why I was involved in the writing of the catalog. I'm not against Kingelez in the exhibition. I'm thinking as a critic and a scholar who has been invested in the question of modernism and contemporary African art. I'm looking at the landscape and wondering as I would with any other institution, what choices they make in terms of their intervention in a field in which I have actively participated as an artist, critic, curator, and art historian.
I'm looking at this from the point of view of MoMA as an institution in the US that has in recent years announced its interest in modern and contemporary African art. These discussions have been in terms of what directions an institution like MoMA can take to establish a deep and meaningful interest in art from Africa, as it has with art and artists from Europe, the US, Latin America, and very recently the Arab world.
My reaction to this exhibition is within that context because Kingelez's works have been mostly an "expatriate" phenomenon, by which I mean the presentation and patronage of his work has little or no footprint in his own country where he lived and worked. This does not mean one should discount the predominantly foreign support. But it says something about how this work circulates and how it gathers meaning and value.
If an artist works in New York, you expect a robust discussion of that artist's work in New York, even if she or he has an outside audience; because it says something about how that art is or is not significant at the site of its production.

The exhibition is positioned at the MoMA as a rewriting of both the history and future of Kinshasa through his models, or "extreme maquettes" as he calls them. Do these works still contain the power to inspire that kind of imagination given that they were not presented within the context of their creation?

With all the critical potential of Kingelez's work, given the violent political history and economic disaster that has been the Congo even before independence, one could see his work as the deployment of architectural sculpture against political reality and history. The problem, however, is that the number of people living in Congo or on the continent, because they lack access to Kingelez's work or to the western art world in which it circulates, will ever see the interpretive essays about how important this work could be in terms of contributing to the project of reimagining the post-colonial nation.
The kind of readings that we have seen of the work of Kingelez highlighting its aspects of political and social critique are done outside of Kinshasa, outside of the Congo. So you wonder whether all this critical potential of Kingelez, in the way he reimagines the political and socio-economic future of the Congo, is occluded from the Congo people thus making it impossible for his work to contribute to the political and socio-economic debate. There are very few analyses of his work by art critics in the Congo who, I suspect, would have even more to say about what they think is going on in the work of Kingelez. But have they had the opportunity to encounter it, whether in New York or in Europe? 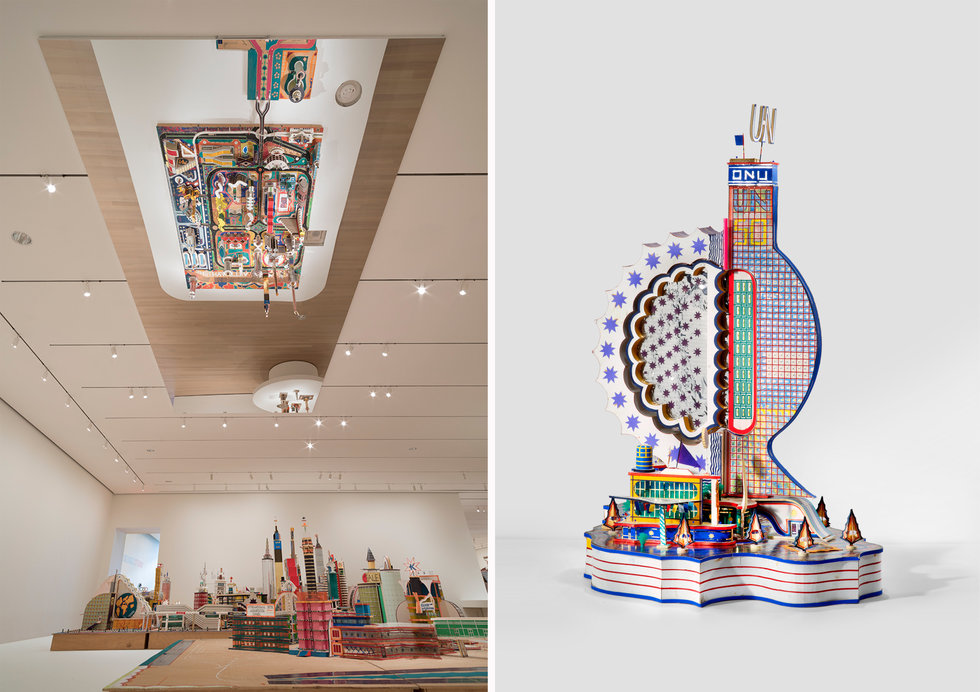 I'm curious to what extent you think an institution like MoMA has a responsibility to show collected works from the continent in the context of their creation.

The ongoing campaign for the return of ancient and traditional art looted, stolen, or forcibly extracted from Africa, mostly during the colonial period, does not pertain to modern and contemporary African art legitimately acquired by individual collectors and institutions, like the MoMA.
The problem is, what are Africans doing? Why do wealthy Africans pay little attention to supporting art and cultural institutions within their individual countries? It's not too late for them to start establishing collections that hopefully will transform into future public or private museums inside Africa.
We've seen some of this start to happen, in Egypt, South Africa, and increasingly even in places like Nigeria, where individuals are building their own private museums and collections. I'm interested in the possibility of Africans themselves putting their minds and eyes to establish small and medium scale institutions to begin to conserve important work of their artists. When you travel across the continent, you see at least two or three generations of artists who have vast amounts of their own work yet don't know what to do with it because they don't have the resources to establish spaces to conserve them. And there are virtually no public institutions in their own countries that they can trust to with their work. So they are sitting on important art and personal archives that they don't know what to do with. That is one of the many tragedies of contemporary Africa.

Lorissa Rinehart is an author, curator, and photographer. Her writings have appeared in numerous journals and magazines, she's organized art shows everywhere from the New Silent Barn to the Queens Museum, and she holds a Master's degree from New York University in Experimental Humanities.
Posted by Chika Okeke-Agulu at 9:52 PM