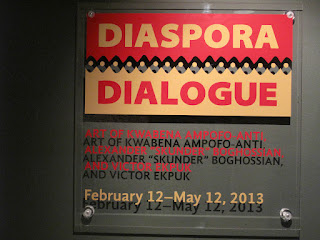 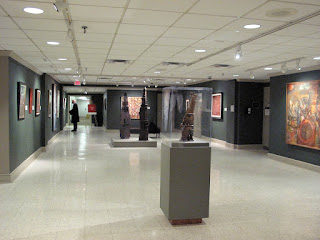 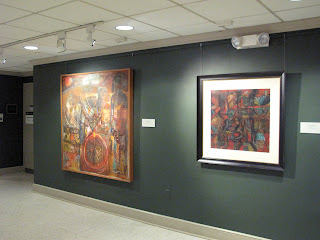 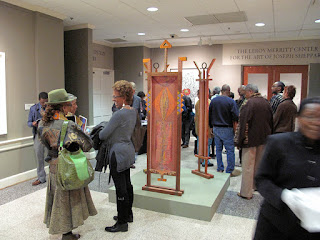 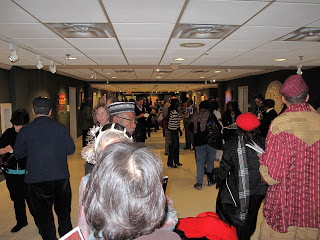 It was of course wonderful to see Ekpuk's work of the past twenty years, beginning from early painting Fish Market (1994), through the dramatic Three Wise Men (1996) and the recent pastel drawing, the I AM series (2012), consisting of simple, playfully rendered heads. Though I had seen Three Wise Men many years back in Lagos, seeing the work now I could not but appreciate more than ever before the artist's remarkable achievement with a graphic notation system he developed from nsibidi, the occult script associated with the once-powerful and still-secret Ekpe society of Southeastern Nigeria.
Posted by Chika Okeke-Agulu at 2:29 AM